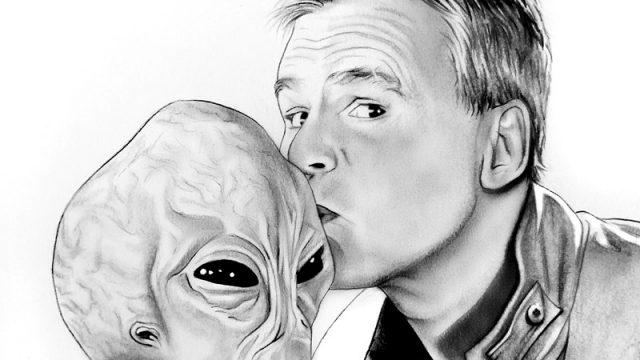 If you’ve spent much time on the Stargate side of Twitter these past few months, you have without a doubt encountered the stellar artwork of Stargate and Star Trek fan Steffi Hochriegl. The self-taught, German artist has been posting her beautifully detailed pencil sketches from Stargate SG-1 and Star Trek: Discovery, much to her fellow fans’ delight.

In the Star Trek community her art has brought her face-to-face with the Discovery cast, so much that she now counts many of them as friends. She was recently profiled at StarTrek.com.

Now Steffi has added her entire SG-1 series (so far) to the Stargate Fan Art gallery here at GateWorld! We also had the chance to talk with her about her craft and her fandom.

“I’ve been drawing since I could hold a pen,” she told GateWorld. “Drawing has always been my way of dealing with emotions. When I’m invested in something or someone, I draw. It makes my feelings seep through my hands into the piece, and it’s my way of appreciating great people.”

The series has ten pieces so far, with a focus on Jack O’Neill (Richard Dean Anderson) and Samantha Carter (Amanda Tapping).

So is there more to come from Steffi’s pencil? Take a closer look at the gallery, then scroll down for our conversation.

GateWorld: Tell us how you first discovered Stargate.

Steffi Hochriegl: I’m a ’90s kid (born in 1989) and I basically grew up with Stargate (and sci-fi in general). Mostly through my father, who’s watched all kinds of sci-fi (and MacGyver) all the time. I remember the first time watching the Stargate movie. I was little, but the whole story fascinated me. Looking at that huge gate, and imagining all the things behind it, gave me chills.

Since SG-1 ran on German television forever, it was kind of hard to avoid. Countless re-runs over many, many years. (I don’t watch regular TV anymore, but I bet it’s still on somewhere!) So over the years I’ve watched various episodes — but as it is with growing up, other things get in the way. Plus I leaned more towards Star Trek and Star Wars in my teenage years.

It’s strange with these things. So often you find something years ago, but it doesn’t click just yet and you don’t pay that much attention. And then you re-discover it and you fall head over heels. I like to think that things come to us at the right time. And now, Stargate finally came back to me.

And of course now I wish I had watched it properly earlier! But I can’t turn back time, and it’s actually nice to share my enthusiasm today with other fans on social media. I have to thank my best friend Sheetal for bringing Stargate back to my attention. And for inspiring me to draw in this franchise as well. 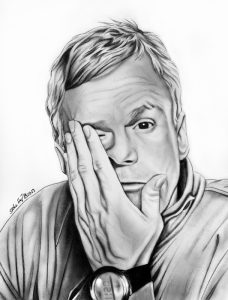 How have you found Stargate fans?

The Stargate fans I’ve came in contact with are all wonderful and welcoming, and many are just happy to see that the fandom lives on through new, active members. While I learned my lessons about diving too deep into fandoms (I’ve witnessed my fair share of shipping wars and bullying in the past), I do like to participate in some with positivity and art.

I like to share my love for the show and actors, and usually the people with the same mindset find me.

What was it about the show that made you choose to spend your time and talent drawing Stargate art?

I’ve been drawing since I could hold a pen. Drawing has always been my way of dealing with emotions. When I’m invested in something or someone, I draw. It makes my feelings seep through my hands into the piece, and it’s my way of appreciating great people.

It’s often also a thank you to cast and crew, who work so hard to give so many people a great time.

Your art clearly leans into Sam and Jack. Why is that relationship so significant to you, and to the show?

They simply are my favourite characters and, in my opinion, they are the best written love story in TV history.

I must say, I’m not a shipper per se. In fact, I’ve avoided that in other fandoms at all costs, because I saw what absurd shipping wars can do. Plus, in my opinion, it often ruins a show and main character dynamics when two actually get together. Because then you have to write in drama to keep the relationship interesting … and that’s often the end of it for me. 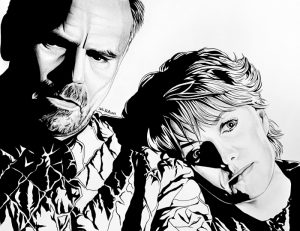 Sam and Jack fans will recognize this iconic moment, from SG-1‘s fourth season episode “Beneath the Surface.” | Steffi Hochriegl

But with Sam and Jack, they made the right decisions. Okay, I wish there would’ve been an actual love scene in the end, but honestly, overall I’m just glad they did not get together in earlier seasons. Maybe that’s just the romantic in me, but the tension and the tragic are also what inspires fanfic writers and artists. It’s what keeps the imagination alive. We get just enough to know certain things definitely happened, but how they happened is up to us.

I also know there are people who don’t ship these two despite all that, but I don’t mind. As I said, I don’t get shipping wars. In my opinion everyone can find happiness in their own corner of a fandom, and it’s unnecessary to hate or bully someone just because they have a different preference. If you don’t like something or someone, simply engage with others show share your mindset.

Any plans for some Daniel, or Teal’c, or Hammond illustrations? What do you plan to do next?

While Sam and Jack are my favourite characters, I love them all. The whole family. I’ve only drawn so many Sam and Jack pieces because their dynamic is what’s currently on my mind a lot. And, as I said, art is an emotional outlet for me.

But I have already finished a sketch for two Daniel drawings (who’s the absolute fave of my friend Sheetal), a Teal’c, and a Janet. I really love Janet. She’s one of those bad-ass female role models that I and many others like to look up to. I love her with Sam. I’m convinced these two could rule the world if they wanted to.

Also, it’s a bit harder to draw someone you’ve never drawn before, so after a stressful day I tend to go back to doodling someone I already know well — which in the Stargate franchise is RDA for me.

You’ve also drawn a lot for Star Trek. What would you say is your favorite piece, and which actors (Star Trek and Stargate) have you met in person now? 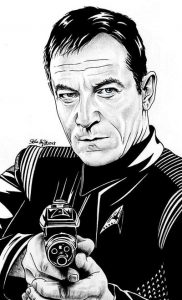 To mention one huge highlight for me: my meeting with my hero Jason Isaacs, of whom I’ve been a fan since childhood. All the other Star Trek: Discovery actors already knew how much I look up to him, so they all cheered for me and took videos of me finally meeting him at DST Birmingham last October. It truly was the weekend of my life. I could tell a million stories, but I keep it short now because this is about Stargate.

I hate that some people think you can only like one franchise, especially in sci-fi. There is no such thing as Star Trek or Stargate or Star Wars. You don’t have to like them all, but why rob yourself of the opportunity to find joy in more than one thing? Absurd.

Since I am relatively new in the Stargate fandom — at least as an active member and convention visitor — I have yet to meet the Stargate actors in person. But it’s a dream, and I am working on it. I’m going to see Michael Shanks (and Jason Isaacs again) at LFCC in July.

A friend of mine went to Wales Comic Con and he got me heartwarming greetings and autographs from Amanda and RDA. He passed my art on to them, and they could not have loved them more. Amanda even shared one of my pieces on Twitter.

I think that’s quite a good start for a fandom newbie!

What does your art mean to you? Does it reach into your professional life, or your studies? Are you pursuing art vocationally?

My art means everything to me. Sadly, it is not my profession, even though I’ve been brainstorming and collaborating with some Star Trek actors on charity events and art/photo books. Who knows what the future holds? I’m open for any opportunity coming my way.

What I love most about my art is that it has an impact that I could’ve never imagined. I post a single piece and people reach out to me, saying they use it as a lock screen or a lucky charm. Sometimes my drawings inspire people to watch the shows I draw. Sometimes they inspire people to draw themselves.

One time I had a woman texting me that she has one of my drawings in her pocket every day she goes to court against a man who raped her. She said it gives her strength. Ever since I started posting art online, literal miracles have happened. Through it, I’ve found friends for life and met people I never thought I would.

So I will keep going as long as I can. And if just one person finds happiness in my Stargate pieces, then I did my job in this franchise as well.

Visit the Stargate Fan Art gallery to see Steffi’s sketches! Her full gallery of work is at DeviantArt. 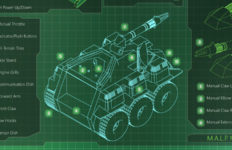 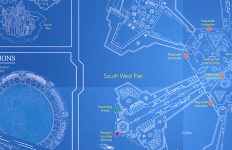 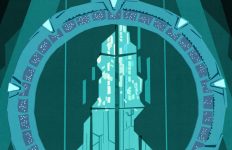