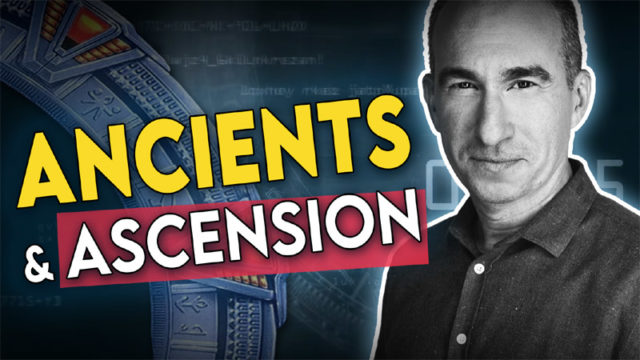 Stargate was never one to shy away from the mystical and the controversial over its 17 seasons of television. Starting all the way back with the original feature film, the franchise presented to viewers an extended meditation on religion — initially through the dilemma of false gods and enslaved worshipers.

From the Goa’uld and the Jaffa the television series moved to other, more benevolent alien races. To the Cimmerians and the K’Tau the Asgard, with all their advanced technology, appears as gods. And the Ancients themselves were very much god-like, having seemingly supernatural powers and having ascended beyond their mortal existence thousands of years ago. 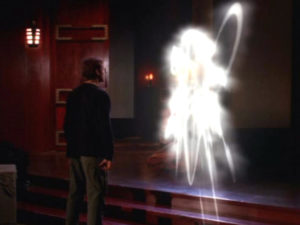 Then in Season Nine of Stargate SG-1 came the Ori: distant siblings of the Ancients, who had also learned to ascend … but who used that power to manipulate and enslave mortal beings, literally drawing strength from their misplaced devotion.

Much of the history of the Ancients and the Ori is the brainchild of long-time series writer, story editor, director, and executive producer Robert C. Cooper. Cooper sat down last week with “Dial the Gate” host David Read.

In this clip from the longer conversation Cooper talks about the origins of the Ancients and the alliance of four great races in the Milky Way Galaxy, the idea of ascension to a higher plane, religion and spirituality in the Stargate universe, and how the Ancients evolved over the course of SG-1‘s 10-year run:

The full interview on “Dial the Gate” ran nearly two hours, and is loaded with Cooper’s insight about the history of Stargate, building the mythology of all three series (two of which he co-created, with Brad Wright), and how Stargate SG-1 in particular had to grow and evolve over its incredible, 10-year run.

Head over to “Dial the Gate” on YouTube to find this and other conversations in full. The show’s schedule for upcoming weekend livestreams is at DialTheGate.com. We’re doing a Stargate trivia livestream this Sunday, and we hope you can join us live!