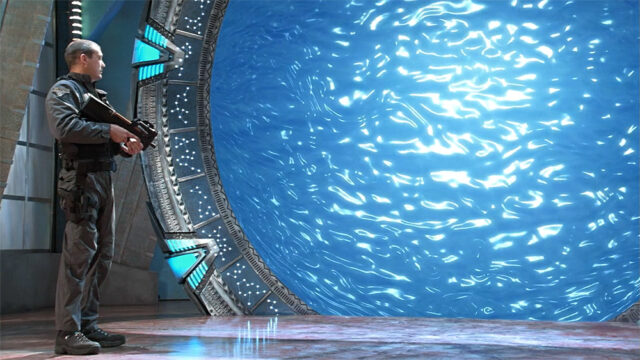 Stargate fans all over the world are eager for news about a new installment in the science fiction franchise. Here at GateWorld we have been keeping track of Brad Wright’s attempt to get a fourth, live-action Stargate television series off the ground. That’s been making slow progress since 2019.

This series would continue the existing television canon, rather than rebooting the concept with a hard reset. Wright told fans last November that the COVID-19 pandemic had a significant impact in getting the deal signed. Of course that’s understandable, as all of TV and film production shut down for more than six months. And since then, filming has faced new challenges of COVID contact protocols, testing and isolation, and what is perhaps the least sexy part of production: the insurance. 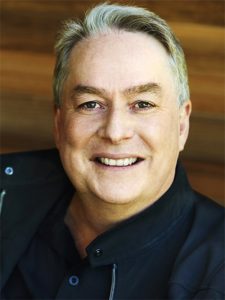 But all signs indicate that, despite the long wait and pandemic delays, Wright and MGM have not given up on reviving the Stargate franchise on the small screen. He’s hinted at it even as recently as March.

So where do things stand today, in the spring of 2021? And what did Stargate SG-1 and Atlantis co-star Amanda Tapping mean last week when she wrote on Twitter: “There is no new series that I know of”?

That’s what we are breaking down in this brand new video. We’re going to sort out the status of the new project currently in development, and what it might mean for the future of Stargate that Amazon is now reportedly in talks to buy MGM in 2021.

According to The Wall Street Journal, barring any last-minute complications that deal could be signed and announced as soon as this week … and the future of Stargate may hang in the balance.

The full analysis in the video starts with a recap of that recent development history, and runs for about 10 minutes. You’ll also see Amanda’s full comments from her AMA livestream with The Companion earlier this month:

Our thanks to The Companion for sharing these clips from Amanda’s AMA livestream earlier this month. Fans can find the full, 90-minute video with Amanda Tapping exclusively for The Companion subscribers.

Stargate fans who are looking for more speculation and wishlisting about what we want from a new Stargate series, you’ll want to catch a special edition of our weekend streaming show “Dial the Gate”! This weekend a conversation on “12 Things We Want From the Next Stargate,” with fans David Read (host of “Dial the Gate”) and Darren Sumner (founder of GateWorld), is set for Sunday at 12 p.m. Pacific time (3 p.m. Eastern, 8 p.m. BST) over on YouTube.

Meanwhile, keep your browser locked on GateWorld for the latest Stargate news as it breaks. And for more Stargate-related videos check out the GateWorld YouTube channel and hit the ‘Subscribe’ button.

What do you want to see for the future of Stargate? Would you watch a brand new series on Amazon Prime Video? Let’s hear your thoughts in the comments below!

I really do believe the series is a ‘when’ and not an ‘if’… I just hope it doesn’t take another five-ten years to happen.

I have a feeling that Stargate fans will not be happy with the eventual influence of Amazon on the franchise. I suspect Brad Wright will not be involved in whatever revival they decide to produce. Time will tell and I hope I am wrong.

I sincerely hope it happens, but not with a tiny budget or a limited run. The “Origins” series was pretty laughable, but at least an attempt. I want to see something that rivals “The Expanse” in scope at the very least.

So Amazon just signed the papers.
I am betting on a show with a big budget for Stargate to be in the cards.

As long as they don’t bring back the frigging replicators in some fashion and if they tie up SGU & SGA in some way… other than these caveats I’m game for anything new! We just need more Stargate!!! Lol.

News I’m hearing is bad. Very bad. Makes it seem that Brad might’ve been strung along to prop up MGM as having currently active properties and fanbases to boost the closing price on MGM from Amazon.

Supposedly, not only will none of it happen, there’s a rumor that the property will get a Kurtzman-like complete reboot; not a continuation at all.

I hope it isn’t true, but it’s what’s be said the last couple days by folks with an ear to the ground.

It’s always so cute when people pretend to have inside knowledge.

I am so hoping there is a new quality series in the makes. We need a new Sci-fi series that has the great outlook that Stargate and Star Trek had, not just a ton full of special effects. As we suspect, well science seems to imply it, That there may actually be some beings out there, what better setting than the positive and well organized setting than a Stargate series – not just a few films, please. A full fledged series that we can follow with intelligent interest. I purchased all of the Stargate series, wrote in opposition to its… Read more »

Stargate did have a positive tone , great show!

That would be fantasic to see a new series hit the Screen! As exciting as that possibility is though I’m also a little concerned for the influence Amazon might have over the creative aspect of the show, but let’s hope for the best!