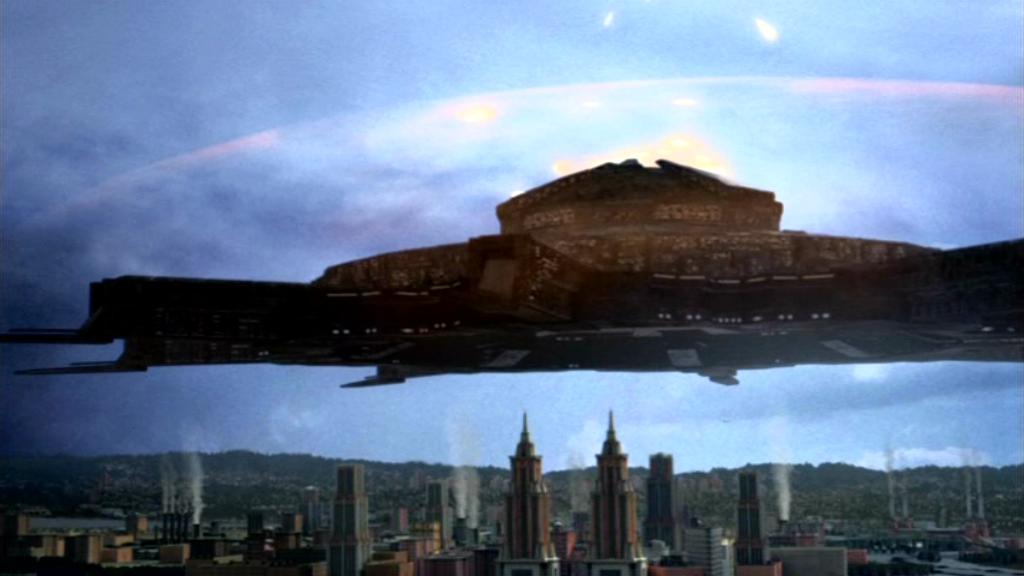 Constructed with advanced shields and weaponry from the Ancients, Anubis's mothership is the ultimate Goa'uld creation for conquest of worlds. It is capable of obliterating entire land masses from orbit. The entire vessel is essentially an enormous super-weapon designed to work with six crystals, or "eyes," of various Goa'uld.

The computer system on the ship is protected with elaborate ciphers coded in the oldest dialect of the Ancients. When in atmospheric flight, Anubis's mothership's shields can only be maintained at a maximum of 40 percent, making it highly susceptible to attack. The vessel has a ventilation shaft that aids in the cooling of its super-weapon. SG-1 destroyed the ventilation shaft while the weapon was powered, destroying the weapon.

The mothership is equipped with an escape pod, which is capable of travelling through hyperspace on it's own. Anubis used the vessel to escape when his mothership was destroyed over the planet Langara by the United Alliance of the System Lords, whose fleet was commanded by Baal.

Full Circle - Anubis, determined to prove his authority as supreme Goa'uld, uses his ship -- converted into a power new weapon -- to wipe out a fleet of System Lord motherships, as well as the entire population of Abydos.
Fallen - Anubis's mothership arrives in orbit of Vis Uban, and loses its ability to utilize the six eyes as a weapon.
Homecoming - Under attack by the System Lords in the sky over Kelowna, Anubis's mothership is destroyed, with much debris presumably landing on the capital city below.
Lost City, Part 2 - Anubis takes his new mothership into Earth orbit, only for it to be destroyed by an Ancient super-weapon hidden beneath the ice of Antarctica.
Stargate: Continuum - After rewriting the timeline to his own advantage, Baal uses Anubis' mothership (or one very much like it) as his capital ship in a coordinated attack on Earth. However Baal's version likely did not benefit from the advancements taken from Anubis' knowledge of the Ancients.