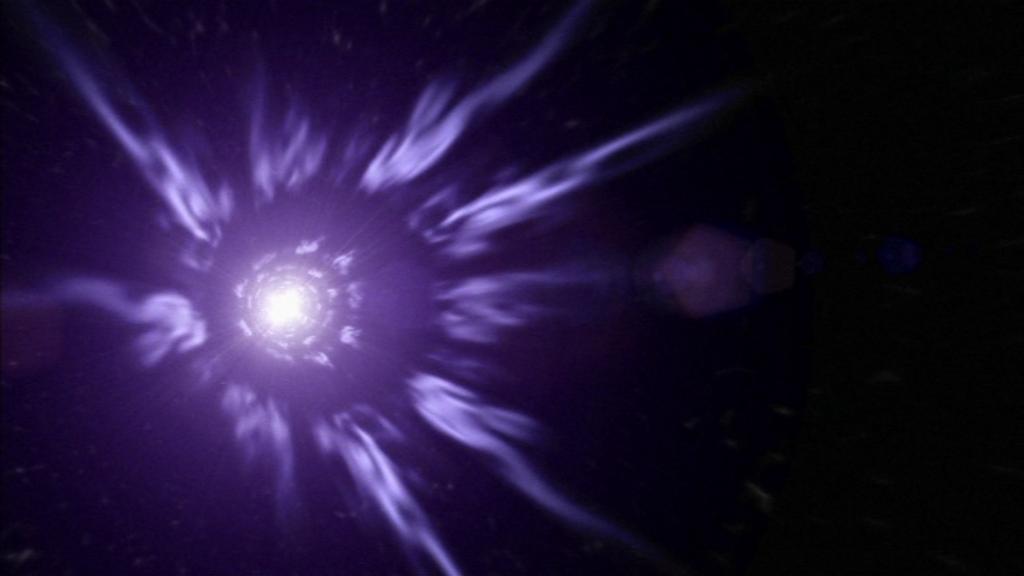 A form of faster-than-light travel, effectively a tunnel through space by which a vessel may quickly traverse the distance between stars. Hyperspace allows a ship to travel dozens, perhaps hundreds of times the speed of light in real time, bypassing the time dilation problems suggested in Einstein's theory of relativity. Creation of a hyperspace window requires a powerful hyperspace generator and control crystals.

Earth's hyperspace-capable ships are powered by the element naquadria, the discovery of which allowed them to access hyperspace for the first time. Ships used by the Goa'uld, Asgard, and other races appear to utilize a different technology.

Within the Serpent's Grasp - SG-1 gates to a Goa'uld mothership that soon enters hyperspace. While Teal'c believes the ship can travel about 10 times the speed of light, it proves to be much, much faster.
Redemption, Part 1 - O'Neill and Carter attempt the first hyperspace trip in the Earth-built X-302, but the attempt is a failure.
Redemption, Part 2 - O'Neill sends the X-302 -- with the Stargate attached -- into hyperspace for a few short seconds, sending the gate to a safe distance before it explodes.
Prometheus - A rogue N.I.D. team steals the X-303, taking it into hyperspace and away from Earth -- after threatening to overload the hyperspace generator.