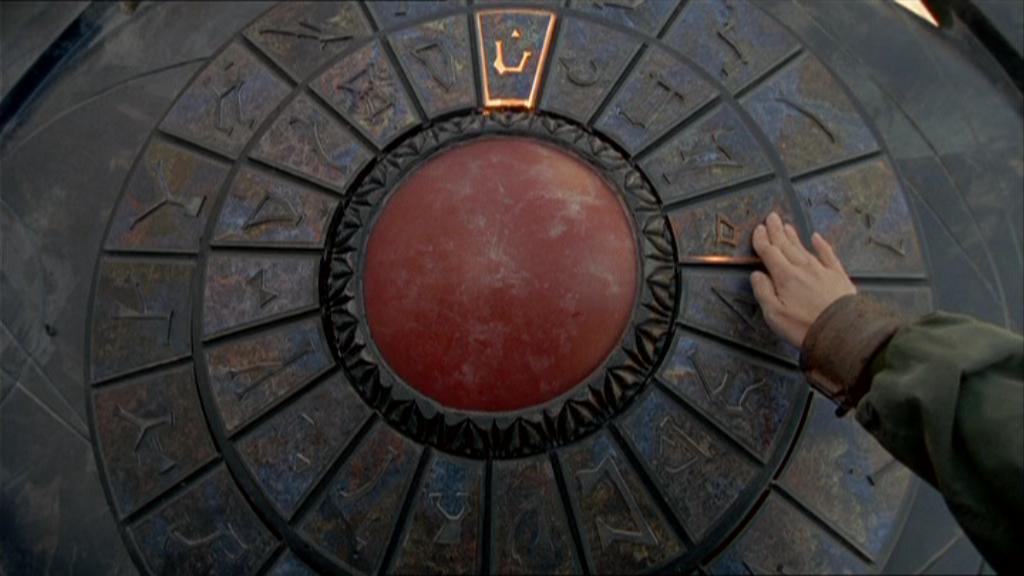 Device that controls the Stargate, more commonly known as the "D.H.D." Constructed by the Ancients, all dial-home devices have 39 symbols on them -- 38 that are used to designate the destination gate, plus one extra symbol known as the point of origin, allowing the user to "dial" any desired destination. Despite the advanced technology, the device has a limited power supply.

Unlike the dialing computer, the D.H.D. does not require the inner track of the Stargate to unlock and spin in order to establish a wormhole. Instead, it is capable of "quick dialing," where pressing the seven glyphs on the D.H.D. are all that are needed to open a gateway.

Like the Stargate itself the device has internal control crystals. In case of an overload, the master control crystal can be removed and reinstalled. If a pattern was held in the memory buffer without being reintegrated by the receiving gate, this process will allow the person or item to complete the reintegration process. Periodically, the D.H.D. initiates a correlative update program, in which it automatically dials several nearby Stargates and transmits to their D.H.D.s revised coordinate data, in order compensate for stellar drift and to maintain the uniformity of the system software.

D.H.D.s in the Pegasus Galaxy utilize a blue center console to match the gate design.

In the Pegasus Galaxy not all Stargates require a D.H.D. to operate: Space-based gates are powered instead by three power nodes, and dialing is accessed by a panel on spaceships capable of traveling through the gate, such as Puddle Jumpers and Wraith Darts. D.H.D.s on planets there, however, are very similar to the ones in the Milky Way Galaxy, but with a blue button in the center instead of a red.

The older, more limited Stargates seeded in other galaxies by Ancient seed ships do not appear to utilize D.H.D.s at all. Instead the gate may be dialed with a remote brought from the Destiny.

Children of the Gods - Samantha Carter is amazed by the dial-home device, explaining that it had been missing from the Giza, Egypt dig in 1928.
The Torment of Tantalus - SG-1 gates to Ernest's planet with Catherine Langford, only to discover that they cannot go back because of a damaged D.H.D.
48 Hours - During an ambush on an alien world an enormous explosion causes the D.H.D. to prematurely disconnect from the gate, trapping Teal'c within its temporary memory core.
Avenger 2.0 - The S.G.C. finds evidence that the D.H.D.s frequently dial other nearby Stargates in a correlative update process, keeping the Stargate network up-to-date in programming and accounting for stellar drift.
Home - Dr. McKay reveals that not any D.H.D. can dial the Milky Way, and that Atlantis's control systems possess the unique crystal responsible for allowing this to occur.