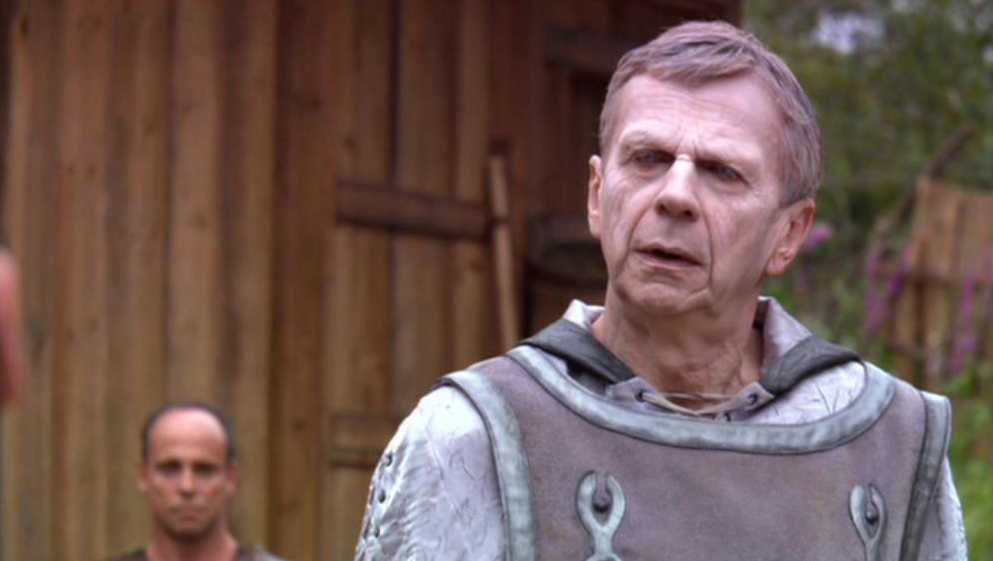 Loyal servant of the Ori who was transformed into one of their Priors. Before his transformation he had a wife, Adina, and two sons, Jaden and Allon.

Damaris was one of a handful of Priors who entered the Milky Way Galaxy to convert it to Origin, instructing submissive servants to destroy nonbelievers in the name of the Ori. While on P2X-885 he ministered to a deprived culture who eventually turned to Origin. He touched the head of SG-6's Lieutenant Fischer, blessing him (as well as making him the carrier of a Prior plague, later spreading to Earth).

Another society this Prior interacted with was the Sodan, who bowed down and worshiped him in the hopes that this would eventually gain them ascension. When a particular civilization would not submit to the Ori, Damaris turned to the noble Sodan to wipe the people out. But when Haikon discovered that his would-be victims were simple farmers he would not destroy them, and Damaris returned to the Sodan homeworld for an explanation. There, the Prior encountered opposition from SG-1, who had arrived to test their inhibitor on him.

After cycling through several frequencies, Damaris became the first Prior to be cut off from his powers by Earth's inhibitor. Samples of his blood were extracted and used to create a vaccine to counteract the very plague he had unleashed on Earth through Lieutenant Fischer.

General Hank Landry arranged for the formerly ascended Ancient, Orlin, to explain the truth to Damaris, that the Ori never shared ascension and instead sapped the life force of their worshipers. At this moment Damaris overcame the control of the Prior inhibitor and began choking Landry. Clearly this Prior was not prepared to listen to reason, and Colonel Cameron Mitchell was forced to kill him.

Babylon - Damaris makes regular visits to the Sodan homeworld, eventually winning the Sodan people to the Ori.
The Fourth Horseman, Part 1 - Damaris makes Lieutenant Fischer of SG-6 a carrier for a Prior plague which will ultimately kill thousands on Earth.
The Fourth Horseman, Part 2 - Damaris returns to the Sodan to learn why they chose not to do his bidding, and is shot and killed after failing to hear the Ancient Orlin out.