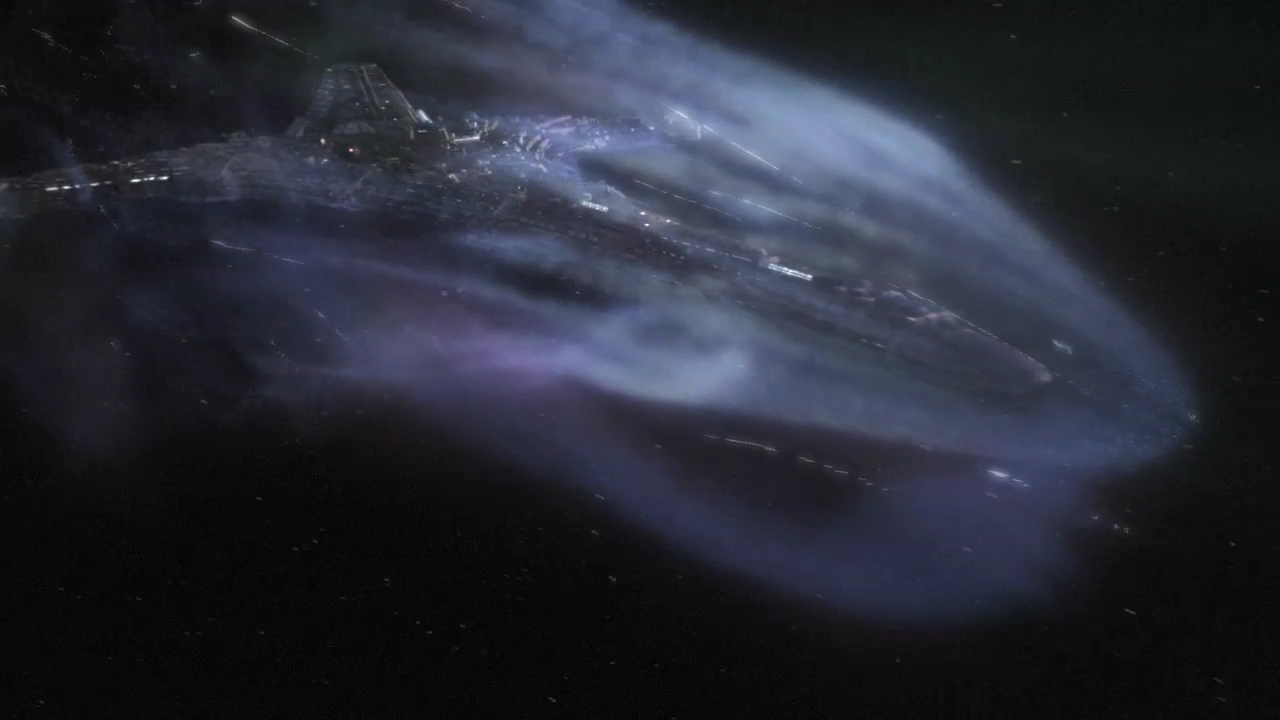 Faster-than-light travel. Hyperspace travel is the most common type of F.T.L. in the Stargate universe, but it is not the only type. The Ancient exploratory vessel Destiny uses a never-before-seen kind of F.T.L. travel.

The Asgard also appear to have possessed F.T.L. travel that is much faster and more efficient than hyperspace (though their ships could travel in hyperspace, as well).

It's not clear just how fast Destiny's own F.T.L. drive can go. The fact that it takes months (or years) to cross a galaxy implies that it is much slower than hyperspace travel; but the fact that it does not require years to cross the vast expanse between galaxies implies that it is not several magnitudes slower. It is possible that the ship can vary its speed within F.T.L.

Unnatural Selection - The Asgard demonstrate their F.T.L. technology by towing the Earth ship Prometheus back to Earth in a matter of seconds, then to the Asgard home galaxy in just a few hours.
Air, Part 1 - Evacuees from Icarus Base discover that they are on board a ship traveling faster-than-light, but not in hyperspace.
Earth - The crew of Destiny learns that the communication stone's connection is temporarily severed when the ship goes into and out of F.T.L.
Sabotage - The crew calls a hyperdrive specialist from Earth to help fix Destiny's F.T.L. drive after Rush determines they don't have enough power to cross the void between galaxies.