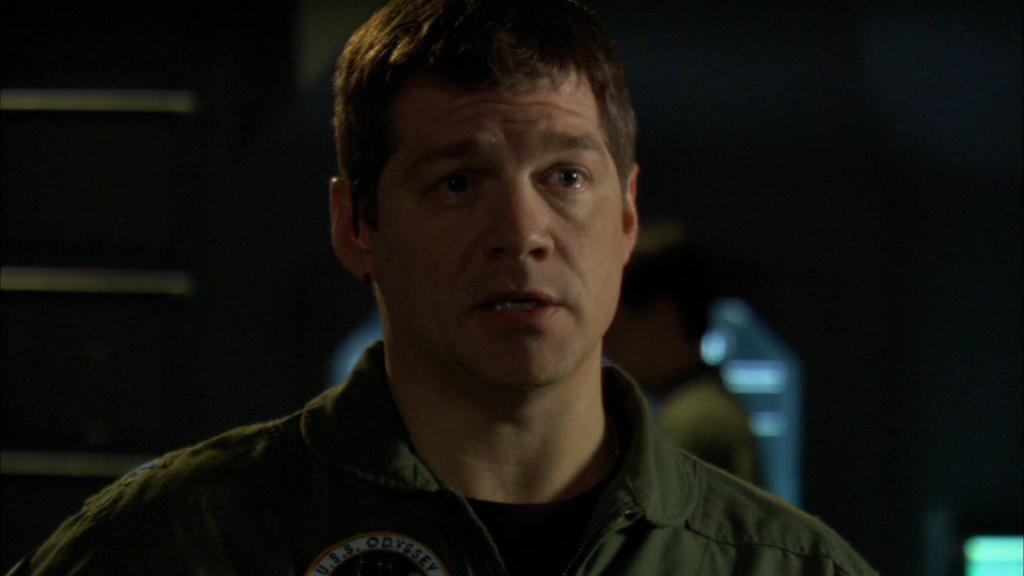 Captain of the Deep Space Carrier Odyssey. Emerson welcomed aboard several officers who had survived the destruction of the Prometheus, as General Hank Landry ushered his ship into its first tour of duty.

Emerson's ship has rescued SG-1 on several occasions, keeping the Odyssey mainly in the Milky Way Galaxy as the Daedalus continues to handle the affairs of Atlantis. His ship was sent to prevent an Ori Supergate from opening, but the Odyssey arrived too late. Emerson was forced to send his ship into battle with several Ori warships.

After his ship was temporarily seized by a squad from the Lucian Alliance, Colonel Emerson was shot dead by Anateo in an act meant to assert his dominance.

PLAYED BY - Matthew Glave
FIRST APPEARED - Off the Grid

Off the Grid - Colonel Emerson departs Earth orbit ahead of schedule to rescue SG-1 from P6G-452.
The Scourge - Emerson rescues SG-1 from the destroyed Gamma Site before releasing a toxin to wipe out R75 on the surface.
Camelot - Still commanding the Odyssey, Emerson enters battle against invaders under the banner of the Ori.
Flesh and Blood - Following the first pitched battle with the Ori forces, Emerson and his crew must effect repairs and rescue Colonel Carter from deep space.
The Pegasus Project - Emerson brings SG-1 to the Pegasus Galaxy, where the Odyssey succeeds in a crucial mission to prevent the Ori from using the Supergate.
Counterstrike - Emerson saves SG-1 by transporting them up from the surface of a planet moments before its population is wiped out.
Company of Thieves - Emerson's command of the Odyssey ends when his life is taken by invaders from the Lucian Alliance.