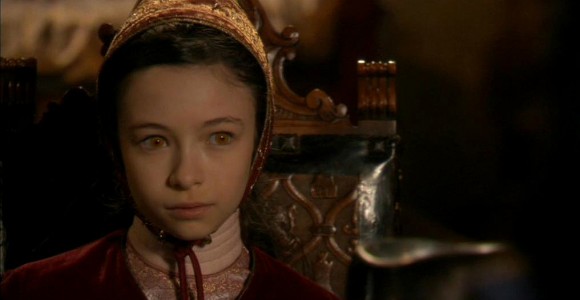 As the Ori invade the Jaffa planet Chulak, Vala and Daniel must deal with their leader: Vala's young daughter, rapidly aged by the Ori to serve their purposes.

After decimating the hastily assembled fleet, the four Ori warships continue their incursion into the Milky Way. Aboard one, Vala Mal Doran gives birth to a girl who is immediately taken away. A one-eyed Prior proclaims the baby Orici – she who belongs to all who follow the path; the one from whom all will learn. This child of Vala's will be a beacon of light in the darkness to the warriors of the Ori and to all who follow the true path to salvation. She will lead them to glorious victory over any and all unbelievers.

At the Supergate, Colonel Carter floats in space, calling out to any survivors. She finally rouses Colonel Mitchell, drifting semi-conscious in the cockpit of the F-302 he escaped in from the Korolev. He tells Sam that Jackson may still have been aboard.

Colonel Emerson hails Mitchell as the Odyssey returns into communications range. As Mitchell docks, Emerson reports that they followed the Ori ships until they jumped to hyperspace. Kvasir is aboard the Odyssey, working on repairing the Asgard beaming technology.

Teal'c, still aboard a Lucian Alliance vessel, calls Emerson, who hopes the Jaffa can take on survivors. When Teal'c must use a zat'ni'katel on an attacker, Emerson concludes that as a negative.

As Emerson briefs Mitchell on the miracle of their survival, Cam explains that the goal of the Ori is to ultimately convert – not kill. Jackson is not among the six who beamed from Korolev. There has been no contact with Earth. Only a day of life support remains. The hyperdrive is still off line and the shields are at 20 percent.

Netan, leader of the Lucian Alliance, takes Teal'c prisoner. Claiming they were intentionally dragged into battle to deplete their forces, Netan demands Odyssey's unconditional surrender. But Carter notes that the Lucian Alliance Ha'tak is badly damaged and probably not weapons capable.

Aboard the Ori vessel, still suffering the after-effects of giving birth, Vala meets her daughter, already a young girl of 3 or 4 years old in appearance. As the child heals Vala, she adds that her mother shouldn't worry – she will show Vala the true path.

Bra'tac gates to Stargate Command to brief General Landry. Agreeing that they need a ship on the scene of the Supergate, Bra'tac departs.

When Kvasir's test beaming reduces a sandwich to a blob, Mitchell takes the helm of the Odyssey, drawing Carter into the 302 bay. In sickbay, Mitchell tells her he has no news of Teal'c – who is being tortured by Netan. But, he shows her information on a weakness in the Ori shields – a fluctuation when they would fire their primary weapon.

Mitchell also points out that someone (Jackson, they hope) ringed off Korolev. Indeed, Jackson was helping Korolev's crew ring a nuke onto an Ori ship, when Korolev was hit. He flings himself into the rings and ends up on Vala's Ori ship.

At the S.G.C., Robert Woolsey tells Landry the I.O.A. is considering commandeering Atlantis' Z.P.M. for the Antarctica Earth Defense System. But Landry points out the three weeks necessary to get the Z.P.M., and even then, the Ancient Weapons Platform might not be effective.

Vala goes to see her daughter, now age 8 or 9 in appearance. Interested in her mother's approval, she allows Vala to name her Adria. The child reveals that the Ori wove their knowledge into her genetic makeup. The Ancients, Adria explains, lied to them, and that it was the Ancients who tried to destroy the Ori for their beliefs. Only the Ori share all they have learned. The Ancients have hoarded their knowledge and been dishonest. The Ori do ascend their followers. And it is the Ancients who derive energy from humans to empower themselves to destroy the Ori. Hence, all who can't see the truth path of the Ori must be destroyed.

Jackson locates Vala, who explains how the Ori used her to "sneak one of their own over the border." Meanwhile, Bra'tac arrives at the Supergate just as the Lucian Alliance again demands Odyssey's surrender. Kvasir beams Teal'c aboard as the Alliance destroys their damaged mothership and jumps away.

The Ori ships emerge over Chulak and immediately attack the settlement. The ship carrying the Orici lands.

Bra'tac agrees to leave a cloaked scout at the Supergate to watch for more Ori. When he and Teal'c leave for Chulak. Mitchell and Carter accompany them to search for Jackson and any other potential survivors of the Korolev.

En route, Carter attempts the Korolev's original "power fluctuation / ring in the bomb" plan, but with no success. Fortunately, Daniel is located in the mothership on Chulak's surface. Bra'tac commits to ramming the Ori ship. Deciding that it is better to live to fight another day, Mitchell has everyone beamed aboard Odyssey when she drops out of hyperspace, seconds before Bra'tac's mothership crashes harmlessly into an Ori vessel's shielding.

Vala dresses Jackson in armor with the idea of capturing Adria and escaping from the Ori ship. As they confront Adria – 12 or 13 years in appearance now – Tomin enters with a captured Daniel. Adria orders him to kill Jackson, but Vala steps into the line of fire. As Adria starts to heal her, Jackson stuns Adria and Tomin.

The one-eyed Prior enters to block their escape, and Daniel tries to shoot him as well, but when he fails, he pulls his sidearm and points it at Adria. As the Prior raises his staff, intent on killing the duo when Jackson realizes someone has locked on to his locator beacon. Before an Asgard beam sucks him up, he grabs Vala.

On board the Odyssey, SG-1 and Vala regroup. Jackson wishes he had shot Adria when he had the chance. Mitchell concludes with the obvious – they need a new plan.