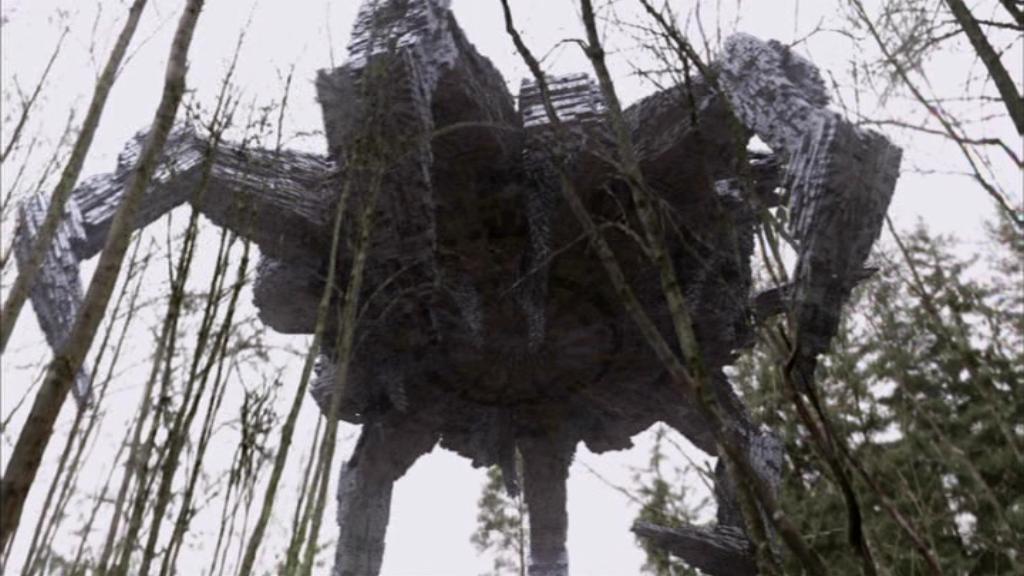 Agile craft constructed and used by the Replicators. Its overall design is similar to the standard Replicator spider, but has six "legs" instead of four. Smaller than the Replicator cruiser, it is capable of making hyperspace jumps, tucking its extremities against its ventral side as it executes the maneuver.

Replicator warships were used by Replicator Carter in the Battle for Dakara, fighting against Goa'uld and Free Jaffa forces. One ship landed near the Dakara super-weapon and released a team of Replicators in the hopes of capturing or destroying the only weapon that could rid the galaxy of the machines.

It is believed that a Replicator warship can ultimately be used to create the larger cruiser variety.

New Order, Part 2 - Fifth completes the construction of a Replicator warship on the surface of Orilla before using it to escape the planet via hyperspace.
Reckoning, Part 2 - Replicator warships play instrumental roles in the attempted takeover of planet Dakara before their annihilation.