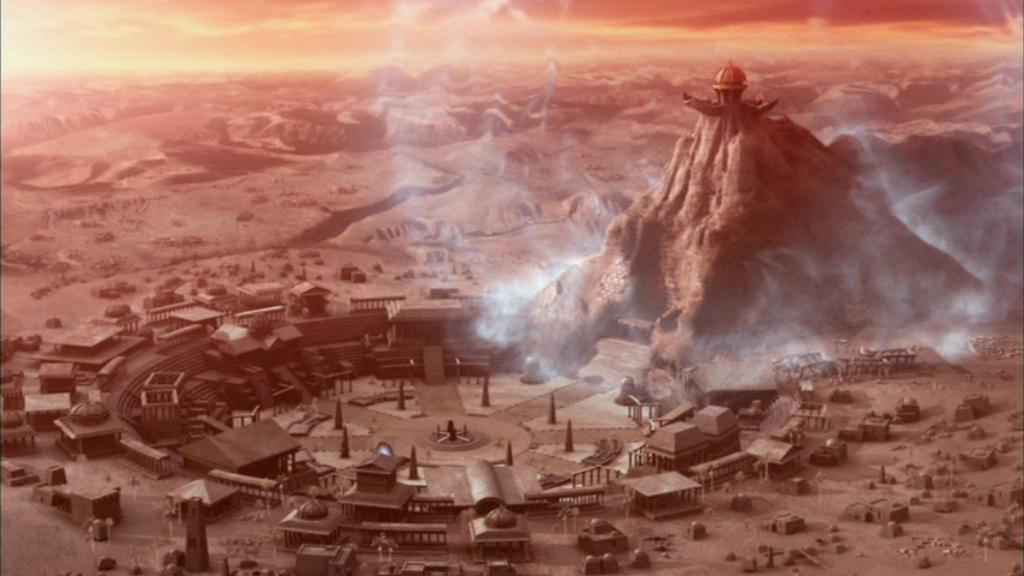 Device stored inside the ruins on planet Dakara, built by the Ancients to recreate life in the Milky Way Galaxy after a vast plague devastated the region of space. The technology is adaptable and can be reconfigured to actually destroy all living organisms in the galaxy.

The technology's operation is two-fold. Initiating the device is one issue, but to have it reach multiple places in the galaxy simultaneously requires the knowledge and expertise of reconfiguring a Stargate to dial multiple addresses.

The Goa'uld Anubis had his own dire plans for the technology. According to an article in The Ascended Times, the former System Lord planned to use the Dakara super-weapon to wipe out all life in the Milky Way. Then he would populate the galaxy with Kull warriors and other drone-like species, their sole purpose being his amusement.

Because Replicator disruptor technology stemmed from the same ultimate source (the Ancients) Samantha Carter and Jacob Carter / Selmak were able to reconfigure the super-weapon to a threshold where the device only harmed Replicators. This act eliminated the Replicator threat in the Milky Way.

Later when Anubis temporarily reclaimed Dakara he attempted to carry out his master plan, but was stopped when Oma Desala intercepted him, occupying him for the rest of eternity in a constant power struggle. After the remains of the Jaffa resistance returned to Dakara they founded the Free Jaffa Nation there. Though some among their leadership intended to destroy the weapon it survived, its use against enemies instead blocked by a treaty with Earth.

When the Ori invaded the Milky Way and Gerak was succeeded by Se'tak, the Jaffa broke the treaty and used the weapon to annihilate the people of a world newly converted to Origin. In retaliation the enemy leader, Adria, located the weapon and obliterated it.

The control center of the super-weapon is shielded by a heavy blast door. Its face is covered in Ancient text, stamped into five circles. These circles can be rotated any countless number of ways, but only when the text is in the proper sequence will the door open and admit. Since many Ancient symbols mean completely different symbols when seen upside-down, the inscription can be interpreted any number of ways.

Beyond the door is a vast control room. At the center is a pedestal with two columns of cubed buttons. Manipulating the levels on these buttons changes the frequency threshold of the super-weapon, from destroying only a select species to annihilating all life. A trigger on the starboard side initiates the device. Beyond the pedestal is a sophisticated Ancient display to assist the user in activating the device.

The domed emitter is concealed inside a vast stone mount (with a face on each of the four sides). These faces drop away to reveal the unit. A blue energy wave builds up and eventually discharges, spreading in all directions. If the Stargate has been rigged to activate, the wave will be transported through and infinite copies of that wave will be translated to the number of Stargates set to activate.

The super-weapon's energy wave is capable of reducing all matter to its basic molecular components, however it is not strong enough to disintegrate an entire planet. If set to a strong-enough frequency the weapon is fully capable of washing away everything on a planet's surface. The surrounding space is also effected as well, reaching far enough to meet the waves of other Stargates, ensuring the entire galaxy (if need be) has been covered.

Reckoning, Part 1 - Replicator Carter tells of a super-weapon on Dakara capable of destroying her and her brethren.
Reckoning, Part 2 - Colonel Carter and Jacob / Selmak initiate the Dakara super-weapon, ridding the entire Milky Way of Replicators.
Threads - Anubis gains a foothold on Dakara and attempts to use the technology for his own purposes, but he is stopped by Oma Desala.
Counterstrike - The Free Jaffa turn the super-weapon on human populations that have bowed to the Ori, prompting Adria to attack Dakara and destroy it.