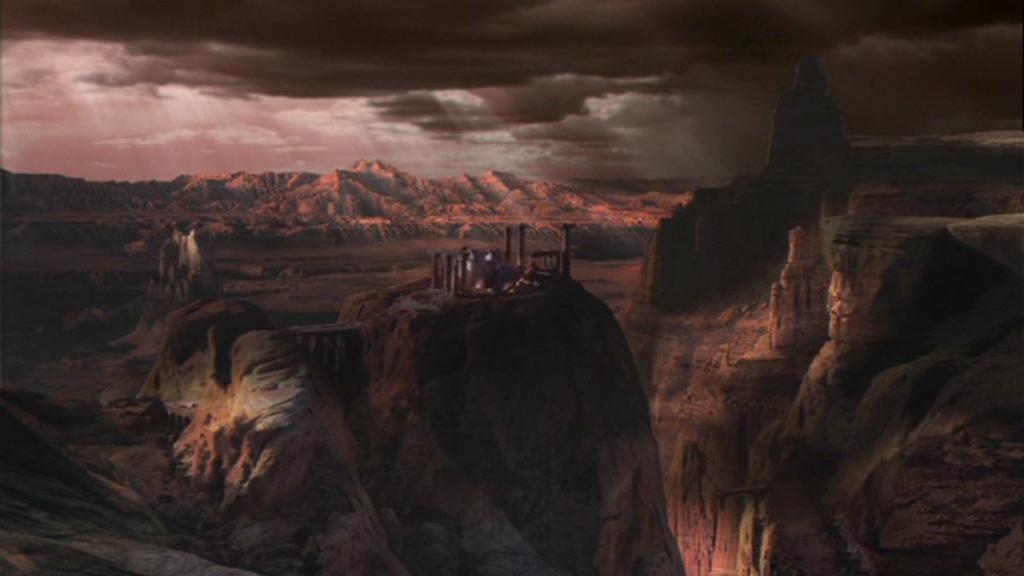 A dark and desolate world, once home to a civilization now long gone (possibly the Ancients), who constructed an enormous stone structure atop a rock summit. Rogue N.I.D. operatives from Earth discovered this world and established their own base of operations inside the remains of the ancient structure. From here they smuggled stolen alien technology back to Earth.

Colonel Harold Maybourne commanded the illegal operation remotely; on the base, Neumann was in charge.

After Jack O'Neill infiltrated the rogue team its operation the planet was found by the Asgard. They transported all of their missing devices back to a mothership parked directly over the base. O'Neill then forced all of the N.I.D. personnel back to Earth, where they were arrested and charged for high treason against the United States and its allies.

Shades of Grey - Agreeing to take command of a rogue unit, O'Neill travels to the rogue N.I.D. planet to meet his new team of smugglers.