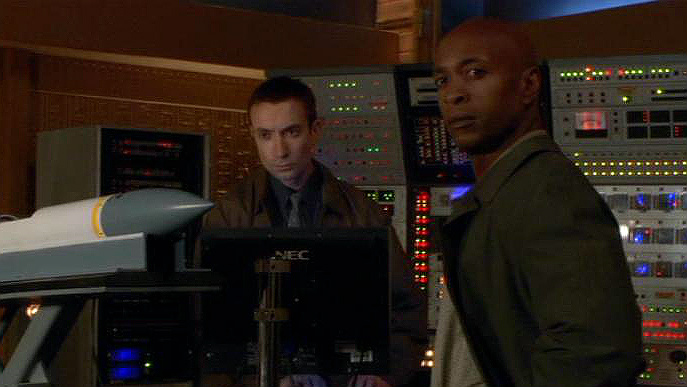 Coalition of rogue U.S. operatives, formerly associated with the N.I.D., who have chosen to acquire alien technologies in the defense of Earth (and personal monetary gain) at all costs. Enemies of the Goa'uld and any force who would encroach on the sovereignty of the human race, they are self-appointed overseers who lust for financial power while maintaining planetary security.

The Trust has never been cooperative with Stargate Command. They have a Machiavellian history of justifying the means by the end. They are fully prepared to shed innocent blood to keep the human race in their opinion of safety. Their history includes, but is not limited to, kidnapping, blackmail and mass murder.

It is unclear how long the Trust has been operating. Though their name has only been revealed in recent years, the group may stem to the first years of the N.I.D. itself. It is also possible rogue elements of the N.I.D. only recently arrived at this designation to define themselves and their goals in anticipation of achieving greatness in United States history books.

Affinity - In order to coerce Dr. Daniel Jackson into translating a block of Ancient text the Trust kidnaps Krista James and frames Teal'c for murder.
Covenant - In fear of Alec Colson's plans to reveal evidence of alien life to the people, the Trust blackmails his closest advisor and attempts to kill Colson himself.
Endgame - The Trust steals the S.G.C. Stargate to deliver symbiote poison to Goa'uld-occupied planets, killing the lords and the legions of Jaffa who serve them. They later leave the protection of Earth's solar system in Osiris's Al'kesh to continue their work.
Full Alert - The Trust, captured and taken as hosts, return to Earth to plant their operatives in places of importance in Earth governments.
Ex Deus Machina - Baal, now on Earth, commands the authority of many of the Goa'uld forces who arrived in the bodies of the Trust.
Critical Mass - Fearful of the Wraith tampering with their power base in the Milky Way, the Trust implants a Goa'uld symbiote in Colonel Steven Caldwell and instructs him to destroy the city.