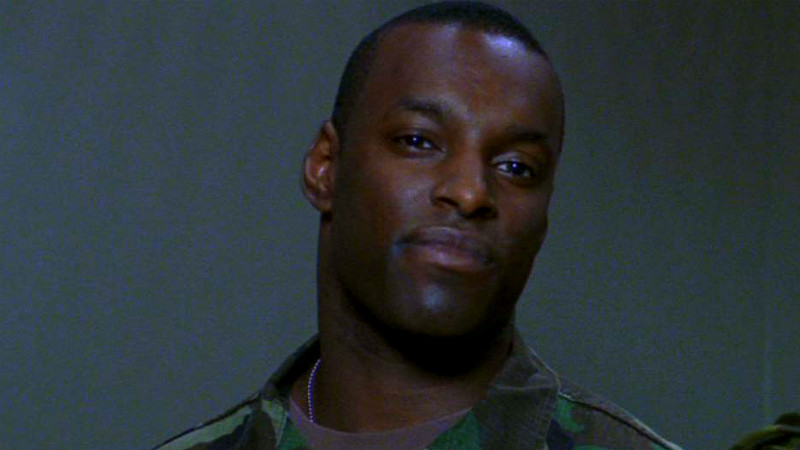 Major assigned to Stargate Command in its early years of operation. Warren traveled to the planet Chulak as a member of SG-2 under the command of Charles Kawalsky. He later commanded SG-3, and was subject to alien duplication by creatures that nearly took over Earth when Cheyenne Mountain was under a foothold lockdown.

Warren later traveled with Colonel Jack O'Neill to Reese's homeworld to investigate the disappearance of that civilization. He also led SG-3 on a mission to Latona alongside SG-1.

Note: Actor Colin Lawrence's character is credited as "Major Lawrence" in "The Sentinel." Because he is still commanding SG-3 after nearly four years, we're presuming this is the same character as "Major Warren." For the purposes of canon, it's presumed that he may have changed his surname.

PLAYED BY - Colin Lawrence
FIRST APPEARED - Children of the Gods

Children of the Gods - Warren serves on SG-2 under Major Charles Kawalsky, backing up SG-1 on the first mission to Chulak.
Prisoners - Warren commands SG-3 in an attempt to find SG-1, but learn that they have been imprisoned by the Taldur.
Foothold - Warren is one of the officers duplicated at the S.G.C. during a foothold incident by alien invaders.
Menace - Warren returns to Reese's homeworld with O'Neill where he and his team find dormant Replicator blocks.
The Sentinel - Major Lawrence (Warren) and SG-3 back up SG-1 on a mission to Latona, which is attacked by the System Lord Svarog.