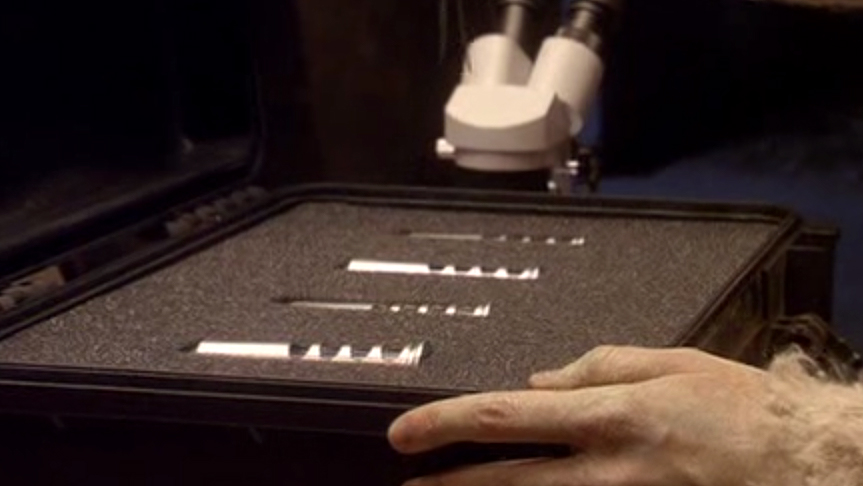 Drug treatment developed by Dr. Carson Beckett's team on Atlantis in the hopes of extracting the D.N.A. of an iratus bug from a Wraith, so that the human D.N.A. is all that remains.

After several months of development it was successfully tested, creating a human out of a Wraith: "Michael Kenmore." But the drug must continue to be taken to suppress the Wraith side, and when Michael stopped taking it he reverted to a sort of Wraith-human hybrid.

Instinct - Dr. Beckett brings samples of the iratus bug retrovirus to Zaddik's planet in the hopes of using Ellia, a young female Wraith, as a willing test subject. To his horror, the compound has the opposite of its desired effect.
Michael - Atlantis captures a Wraith and tests the retrovirus on him, creating a human who eventually finds out what they have done to him -- Michael.
Allies - Atlantis allies with a Wraith hive ship to weaponize the retrovirus for them to use against rival hives.
No Man's Land - The team uses the retrovirus on their former allies, turning the Wraith into humans and taking over the ship.
Misbegotten - The team resettles the former Wraith on a planet, only to have Michael remember once again who and what he really is.
The Kindred, Part 1 - When Michael kidnaps Teyla, he reveals that he has refined the retrovirus to remove the Wraith's weakness -- the need to feed -- while not transforming himself entirely into a human.
First Contact - Having developed a more gradual gene therapy for Wraith based on Beckett's retrovirus, Jennifer Keller works with "Todd" the Wraith to test it on some of his men.