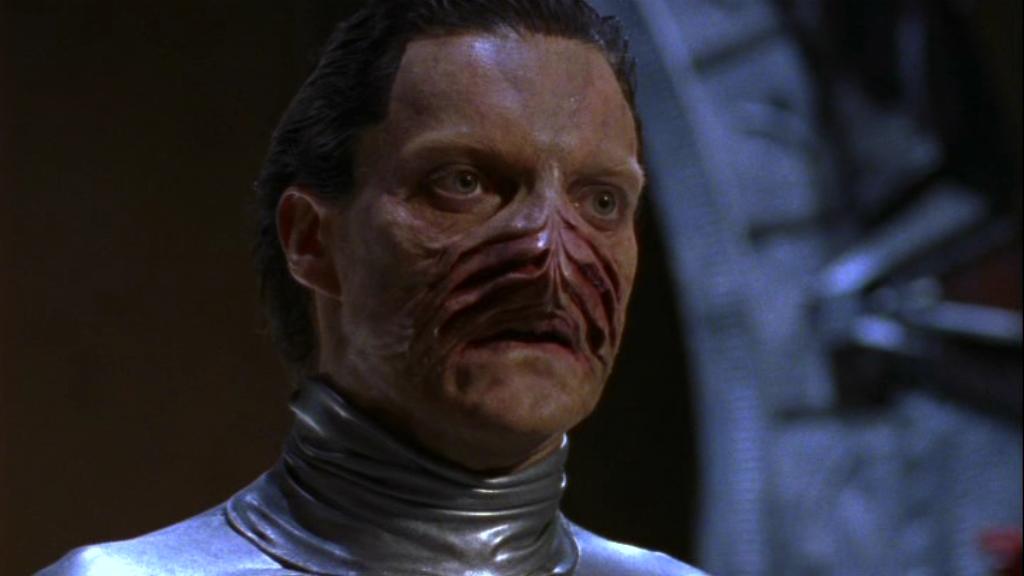 Chief guardian spirit of the Salish on PXY-887. Xe'ls made his appearances to the Salish in the form of a black bird. In reality his true form was of a humanoid figure with gill-like protrusions on the front of his face.

Xe'ls negotiated for the release of SG-11, taking on the form of one of the officers to infiltrate the S.G.C. and discover the intentions of the humans. He was not pleased with what he saw and was shot with a zat'ni'katel by Colonel O'Neill while he had taken the form of Dr. Warner.

Not only had Xe'ls been injured, but the Salish had been exposed to the true form of their guardian spirits, who might soon come to fear the creatures. Through swift negotiations by Dr. Jackson, Xe'ls eventually realized that burying the Salish Stargate and leaving the Humans of Earth unharmed was the best course of action.

Spirits - Xe'ls and several of his followers travel to Earth in the form of SG-11 to gain reconnaissance on the humans and their intentions toward the Salish people.