THE MAKING OF STARGATE: CONTINUUM

This behind-the-scenes featurette runs about 22 minutes, with looks at production issues, story decisions, visual effects, the Arctic trip, and more. All the major players are interviewed, with the exception of former Stargate SG-1 cast members Claudia Black and Beau Bridges.

Elements that are in focus in this piece include the long opening shot at Stargate Command, the 1920s ship Achilles, the frozen (and gimbled) cargo hold, the visual effects of the ship sinking, Daniel’s injury, the movie’s climactic battle, filming the F-15 fighter jets, and more. A lot of movies know how to make behind-the-scenes features that hardly tell you anything about the making of the film (at least anything that is at all interesting to anyone other than the person talking). Stargate, on the other hand, really knows how to do these pieces well. 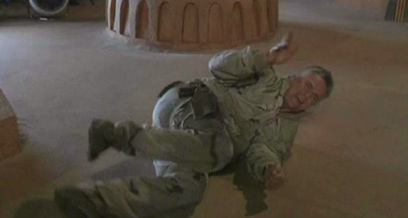 This is a terrific “making of” feature. It is thorough, it looks at many aspects of production, and it includes interviews with nearly everyone. Fans of the movie should want for nothing (except, perhaps, for Black and Bridges, for the sake of completion — though neither had a large role in the movie). The only criticism is that the piece is so broad in scope, and the features list for this release is so short, it may have made a better overall package to separate something like the visual effects material into a separate piece.

STARGATE GOES TO THE ARCTIC

Stargate: Continuum boasts the most northerly film shoot in entertainment history, 200 miles north of Prudhoe Bay, Alaska. You’ll see the crew filming on the ice, a tour of the area by props master “Evil” Kenny Gibbs, and even go inside Amanda Tapping’s “hooch” — a temporary shelter made with plywood and Styrofoam. And, of course, don’t forget the magnificent surfacing of the 7,000-ton U.S.S. Alexandria through the Arctic ice. The crew also shot on board the submarine, incorporating the Captain and crew into the film.

The 22-minute piece includes interview snippets with Richard Dean Anderson, Amanda Tapping, Ben Browder, Brad Wright, Martin Wood, Barry Campbell, and others. It’s a slick piece where the major players describe how Campbell (who is a big fan of Stargate, and oversees the Ice Station) brought up the opportunity to go to the A.P.L.I.S. base in the Arctic, the challenge of getting there, and of course filming with a skeleton crew in the sub-zero temperatures. That crew included DVD special features producer Ivon Bartok, who offers fans an up-close and absolutely unique behind-the-scenes look. We’ve been hearing about the Arctic shoot for over a year now, and this is a well-produced final word. 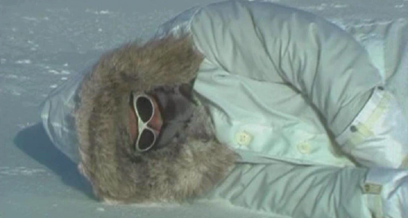 THE LAYMAN’S GUIDE TO TIME TRAVEL

Those who are interested in the science of Stargate will like this piece. Real-life astrophysicist Jaymie Matthews sits down to talk about relativity, wormholes, and the various theories of time travel. Some suggest that, should you be able to travel into the past, it would actually be impossible to change anything. Others argue for the “metaverse” theory, where any changes in the past create an alternate timeline.

It’s quiet and slow-paced, but for those who find scientific theory compelling, Dr. Matthews is interesting to listen to. The on-screen illustrations are very helpful (and necessary to help this talkie keep the viewer’s attention). At nine minutes, this featurette is about as long as it needs to be. 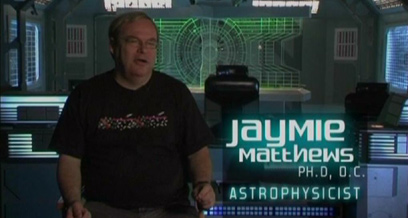 Both the DVD and Blu-ray releases of Stargate: Continuum contain the same bonus features.

All in all, this list may look a bit thin at first glance. But each of these pieces is lengthy and substantial. A film with a tight budget and schedule like this doesn’t usually end up with many deleted scenes (the Stargate team knows exactly what they want in their movie, and how to get it efficiently), but it would have been nice to see or at least hear about what didn’t make it into the movie. There is just as much as should be here, but nothing more.

What the behind-the-scenes looks do, in addition to giving a peek at the actors when they’re not in character, is to show off how awesome people like Michelle Comens, Peter Woeste, and Kenny Gibbs are. These and many other crew members make Stargate happen, and they deserve the attention from fans of the series.

NEXT: Final Thoughts and Specs