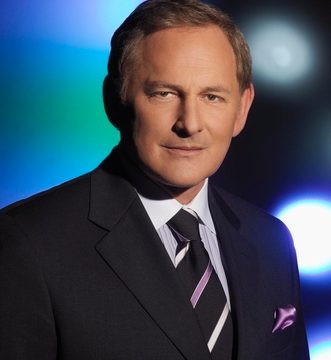 UPDATE: GateWorld has learned that French Stewart and Kathleen Quinlan will appear in “Alliances.” We’ve also confirmed that Victor Garber appears in “Seizure.”

Big news in the guest star category, as Syfy announced today some fantastic guest stars for the second season of Stargate Universe.  SGU returns on a new night, Tuesday, September 28.

(Beware of some minor spoilers below.)

Langara fits nicely into SGU mythology, since it is rich in the mineral naquadria — the highly unstable power source that enabled the crew of Destiny to dial the ninth chevron and reach the ship from the Icarus planet (“Air, Part 1”).  Garber’s appearance will come in episode #15, “Seizure” (which is now filming).

French Stewart joins the ranks of cast members from the original Stargate film to appear in the television franchise. Before he was 3rd Rock from the Sun‘s Harry Solomon, he played Louis Ferretti in the 1994 film.  (That role was taken over by Brent Stait for the TV series.)  You might also know him from guest spots on Charmed, CSI, Bones, The Closer, and many more hit series. 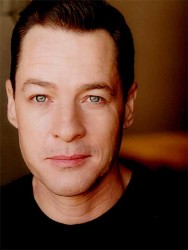 Stewart will play Dr. Andrew Covel, the new head of research at Stargate Command.  He will appear in episode 13, “Alliances.”

Stewart joins the elite club of actors who have appeared in both the original Stargate feature film and one of the television series. That list includes actors Erick Avari (Kasuf) and Alexis Cruz (Skaara), who reprised their film roles on SG-1, as well as Richard Kind (Gary Meyers, Lucius Lavin).

Third and finally, actress Kathleen Quinlan will guest star in an upcoming episode of SGU, playing Senator Michaels, who replaced the late Senator Armstrong as the new head of the off-world spending committee.  Her list of career credits includes Apollo 13 (as Jim Lovell’s wife, Marilyn),Prison Break, and Family Law.  Her appearance is also in “Alliances.”

Stargate Universe returns to Syfy on September 28 at 9 p.m. (8 Central)!  Learn more about the season premiere and the rest of the season (episode titles are in for all 20 episodes) in GateWorld’s always growing Season Two episode guide.

Does that mean will finally know what happened to Jonas Quinn?

I wouldn’t call those spoiler ‘minor’.

As much as it would be great to find out about what happened to Jonas, I’d much prefer actually seeing him! I really hope Corin Nemec has a somewhat “surprise” cameo.

You made a mistake. David Hewlett and Robert Picardo will appear in episode 15 “Seizure” with Victor Garber and NOT in episode 13 “Alliances” with French Stewart.

i would rather see Jonas, myself than hear about him.

I’m curious why the wouldn’t have Jonas. How can you talk about langara without Jonas? Do they just say, oh, Jonas is currently in Andari working on an experiment and thats it?! We’ve haven’t seen Jonas in so many years and it’d be nice to hear how he’s doing, even just as a guide like in season 5.

Why are people assuming Jonas is alive? The Ori conquered Langara, Jonas would probably have been on the front lines, I wouldn’t be surprised if he were long since dead.

Jones probably died folks calm down. Im curious as to how SGU will involve Langara without delving into past sg-1 stuff.

Nooo! Say it ain’t so! Jonas is one of my favorite characters, it would be great to see what happened to him but I don’t want it confirmed that he’s dead, I’d rather live in a happy fantasy land :)
I always hoped he’d pop up in a ep of SG1 or SGa someday.

Per Joe Mallozzi, he said Jonas was alive and was a leader among his peope. I like that version.

Here’s hoping for a surprise appearance from Jonas (and Corin). He has been long missed in the Stargate franchise. Let’s not forget McKay and Jonas have worked together in the past too. Maybe there is hope or maybe it is just wishful thinking on my part, but I think a lot of fans would love to see this happen.

It would give me reason to tune in for the first time since the pilot! ;)

Yeah, kinda figured it would be French Stewart.

Anyway about Jonas. I would love it if when Jack meets Ambassador Ovirda (assuming they do meet in the ep), Ovirda were to say something like “High Councilor/Prime Minister/President Quinn sends his regards.”

Awesome! Victor Garber was cool enough, but we get to find out the state of Langara? DUDE! This season just keeps getting more and more awesome, and I haven’t even seen any of it yet! As for Jonas, I’m guessing they’re not building a surprise cameo (it’d be too hard to keep under wraps, although I guess they’ve pulled that off once before), but if Garber’s character does indeed become recurring, I bet there’s a chance we’ll eventually see Jonas! Also, I’m guessing there will be some people on the other side of this issue, but I love that it’s… Read more »

@Duneknight: “Without delving into SG1”, Yet you are curious how Langara is going to be shown on SGU? Either you accept SG1/SGA, or keep their ties out. Can’t have the cake and eat it too huh?

@ Jenks Jonas Quinn is not a soldier. He’s a leader. There is no way he would be allowed to be on the frontlines. Also, I’d expect him to be smart enough not to confront the Ori directly.

@Evilslayer: Jonas also seems like a patriot as well as a leader. I think he would be on the front lines. As a patriot in defense of his world and as a leader who would not ask his people to do anything that he would not be willing to do himself.

I would hope they would do what Yorel said instead of saying Jonas died in the battle. You would think they would mention in somewhere along the line in SG1 if he died. It would suck if they’d just go “oh yeah, he’s dead”

Joseph Mallozzi said in the mailbag of his September 18th blog entry that there should be mention of Jonas in the episode.

I just hope they don’t do something stupid, and say he’s dead or anything (especially after they mishandled his departure to begin with). I am still hoping for another Jonas appearance one day.