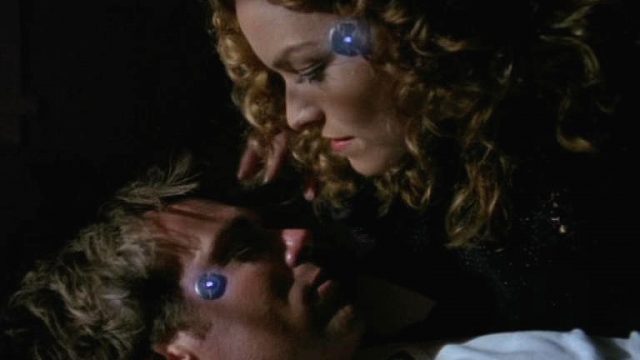 Daniel is plagued by dreams of his former girlfriend, who has been taken as a Goa’uld host. Samantha Carter begins a romantic relationship with a detective, from whom she must hide her life at Stargate Command.

Rewatch “Chimera” this week! Then post your comments below, or head over to the “Chimera” discussion thread and see what people were saying back in the day. What are your favorite moments?

Not the most exciting episode. I wish they would’ve touched on what happened with Sara after that episode. Also, I feel that Anna’s performance at the very end where she’s apologizing to Daniel was not done well at all. It seemed to fake or at least like you’d think Osiris was still there.

Michael was absolutely stunning in this episode, I bet Osiris did something else with him in the bed other than searching his dream…