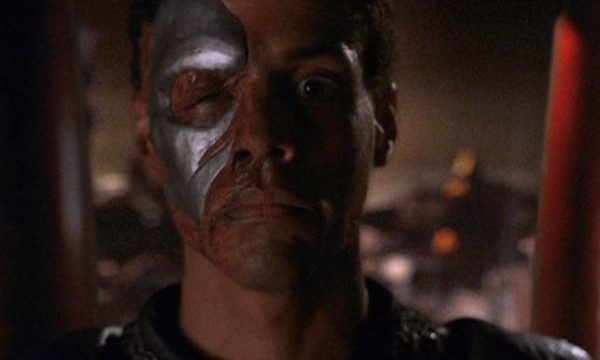 SG-1 must escape a hellish prison moon — and one of their worst enemies — when Apophis returns and tortures the team for their secrets.

“The Devil You Know” Facts:

“The Devil You Know” on GateWorld:

Download “The Devil You Know” now from Amazon or iTunes!

Rewatch “The Devil You Know” this week! Then post your comments below, or head over to the “Devil You Know” discussion thread and see what people were saying back in the day. What are your favorite moments?

The one thing I didn’t like about the new Apophis was how he kept the elements of Sokar in his new persona. He should’ve went back to the old persona. I like that a lot better.