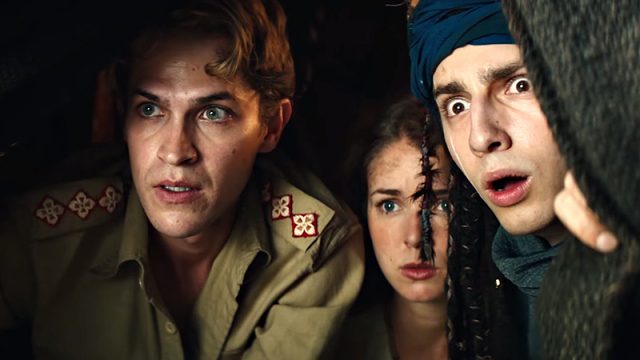 The first teaser trailer for Stargate Origins has arrived! The new digital series will make its premiere on February 15, with leading lady Ellie Gall taking on the role of Stargate legend Catherine Langford.

Following a pair of intriguing behind-the-scenes videos, today MGM rolled out the 45-second teaser. Take a look below.

A subscription to the site currently costs a one-time fee of $20, and also includes streaming access to every Stargate film and TV episode. It’s only available in the United States, Canada, U.K., Germany, Australia, and New Zealand — though reps from Stargate Command have expressed their desire to increase Origins‘ international availability.

Keep your browser locked on GateWorld for our continuing full coverage of Stargate Origins between now and the series premiere in just … 57 days! Start with our “Stargate Origins Decoded” primer, then look back at all the SGO news since July.

I am looking forward to Stargate Origins, but in a previous topic about the show I mentioned my concerns that the show seemed to have a comical element to it. Now that we have this official trailer for it, one question comes to mind… What’s missing from this trailer? The Goa’uld! I don’t see any of them, or Jaffas, or anything like that. I see German’s potentially forcing the main characters through the gate but where the story goes from there…I don’t know. So many questions, so little answers. Not to mention I live in Ireland and probably won’t be… Read more »

This first movie trailer probably revolves somewhere around the episode “The torment of Tantalus” where Catherine Langford the creator if the program was in love with Ernest Littlefeld.