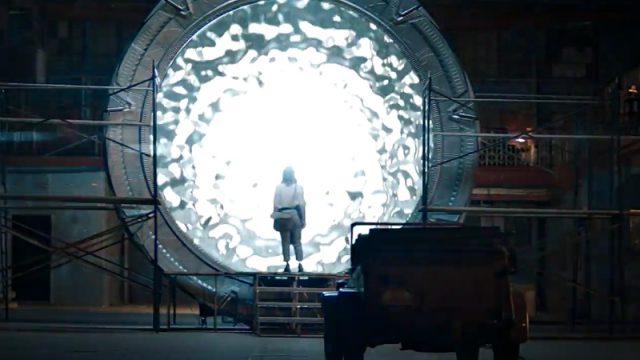 The wormhole is open for Stargate Origins, and if things go according to plan that could open the gate for more live-action Stargate production in the future.

That’s according to a source close to the production of Origins, who told GateWorld that doing a short-form Web series (rather than, say, a big-budget feature film or cable show) in 2018 made for an easy way to get the Stargate spinning again.

“The short form / Web series format on this platform allows us to have fun with the storyline, reopen the franchise in a simple way — and most importantly, give us an opportunity to have a conversation with fans,” the source said.

“This new series, and the platform, are setting the stage for us to move forward with the full Stargate franchise.”

The “full franchise” might mean not only a full-length TV series (we’re looking at you, Netflix) but ongoing seasons of Stargate Origins at the same time — perhaps as a short-form anthology series, which each season telling a new, stand-alone story. “Return of the Jaffa?” The history of the Ancients? Young Bra’tac? Filling out the Stargate timeline with new takes on beloved characters could take viewers anywhere, while at the same time supporting a bigger show. 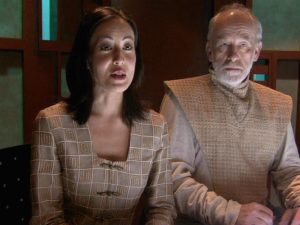 The distant history of the city of Atlantis could hold new short-form story possibilities. From “Before I Sleep”

The content that MGM keeps on its own streaming platform, Stargate Command, might require a bigger up-front investment when the studio is shouldering all the costs on its own. But it also means the studio retains complete control of those projects (and their profits).

Origins itself was conceived as a thank-you to Stargate fans, as well as a demonstration of the studio’s commitment to the franchise. “The one message we want fans to hear is that we heard them,” our source told us. “Their passion and commitment to this franchise is why we are here.

“The passion of this fan base in particular guided the decision of building a fan-centric platform, to have this not be a passive experience for them. Our guiding light — and source of so much inspiration — was listening to fans, having Stargate fans as an essential part of our production teams, and incorporating their feedback as we made Stargate Origins.”

The first three episodes of the 10-part Web series are now streaming at Stargate Command. Episode 4 arrives this Thursday for All-Access subscribers.

So what is next for the Stargate franchise? Keep it locked on GateWorld for the latest Stargate news!

The user experience of the web site is horrible. Not just the look but the accessibility too.

I really doubt they would make a deal with Netflix seeing how they removed all Stargate content from there to push their Stargate Command platform. Most probably there will be another Origins series in a year to keep the platform relevant, but unless they change their plans I don’t see how a Netflix, or any streaming/broadcast deal could happen.

It’s interesting to see this on Gateworld now. On the Stargate Reddit, Joe Mallozzi has been posting things he’s written on his blog saying the same exact thing for the last 3 days now. Below are links to the last 3 posts he made.

And BTW, if you guys aren’t on the Reddit, I suggest you sub to the Stargate reddit. There’s a bunch of good people there, but more importantly, Joe Mallozzi posts there very often, and he responds to people’s question all the time. It’s really cool.

SG:O is really quite sub-par, and feels like a fan-film production.
The comics by American Mythology are nothing short of disastrous.
I haven’t tried the novels yet though, but I hear they’re pretty good.

The novels are like the shows. Some aren’t that good, but most are amazing. Especially the Atlantis legacy series. I also recommend SG-1 Roswell and Atlantis Blood Ties.

Yes! I like the idea of anthologies, especially Return of the Jaffa. I think I would like it better if it were released even as a low-budget movie than a web series of 10-minute episodes, although I still really like Origins so far.

I have enjoyed Origins so far. It’s only been three episodes and I am surprised how judged it has been. How bout watch the next seven episodes…? lol. I just watched The Torment of Tantalus and I can see some dialogue that currently doesn’t make sense. But I will wait til I see episode 10 of Origins before I question anything and see if it matches up better then. This is hopefully the launching pad for more stargate to come. The important thing now is that the fans support it and show how much the franchise is still loved!

Bra’tac Origins, I was just talking to a friend about this idea the other day!