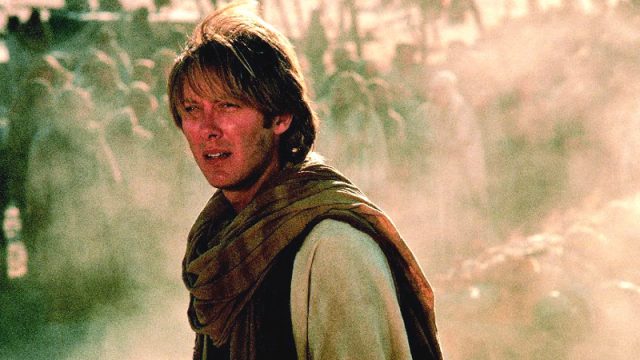 UPDATE: Stargate will leave Netflix on June 1, 2019. Watch it while you can!

The film that unlocked a doorway to the stars is now streaming for Netflix subscribers.

The digital streaming giant has added the 1994 feature film Stargate to its sci-fi film library — so now is a good time to revisit the story that started it all! The franchise made the leap to television in 1997, and today includes three series and more than 350 episodes.

Directed by Roland Emmerich and written by Emmerich and Dean Devlin, Stargate tells the story of the military and scientific outpost deep inside Creek Mountain. There, scientists and engineers worked to unlock an ancient artifact unearthed from the sands of the Giza Plateau in 1928.

Recruiting Daniel Jackson (James Spader), the team is finally successful in dialing the Stargate to another planet. Colonel Jack O’Neil (one L, played by Kurt Russell) leads a team through to the other side in order to make a threat assessment. And, oh my Ra (Jaye Davidson), do they ever find a threat. 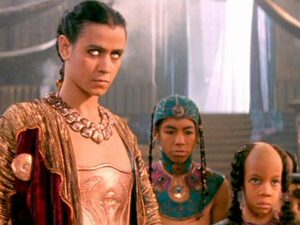 Stargate grossed $196.5 million globally ($71 million domestic) when it was released in theaters in October of 1994. That made it one of the biggest hits of the year, and a sleeper hit as an unknown sci-fi property coming from a small studio.

The movie is available on Netflix only in the United States, with a running time of 2 hours and 1 minute.

This is the theatrical cut of the film, which does not include a few minutes of additional footage later added to the director’s cut for the home video release.

One word of realism: fans who are excited at the prospect of future Stargate productions shouldn’t read too much into the movie turning up on Netflix. The streaming rights to Stargate and other films and TV shows regularly come and go from one service to another. (Also the distribution rights for the Stargate movie are held by Lionsgate, not MGM.)

Stargate is rated PG-13. Watch the original trailer below, pop some popcorn, and get ready to step through the gate!

Thanks to Kyle for the tip! 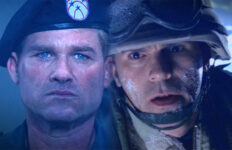 Might want to revise the article because this is not true globally.
I checked to be sure (now that I have an account) but it’s not available in Belgium.

And from the comments earlier on FB, it’s also not available in the UK library.

And you can add Germany to the list of not available. I think this is truly US only.

You can also add UK, it’s not available in the UK.

This movie ends for me the moment Spader opens the gate.

The rest is just a dull slog.

Darren, just want to say this is a great site!

Are we supposed to get excited that the world’s premier streaming service was able to lock down a 25 year old movie? I really like StarGate, but NetFlix has declined in the last several years.

Wow I literally just bought the box set for sg1 6 months ago and all of Atlantis 3 weeks ago I’m on season 3 of Atlantis currently. And I bought the orginal stargate movie 4 days ago. Couldnt have picked worse timing. Even though I love stargate I wont be watching it cause it’s to fresh in my mind.

The original Stargate Movie will be on Comet on Friday April 26 26 at apps 6 pm check local listing in your area.