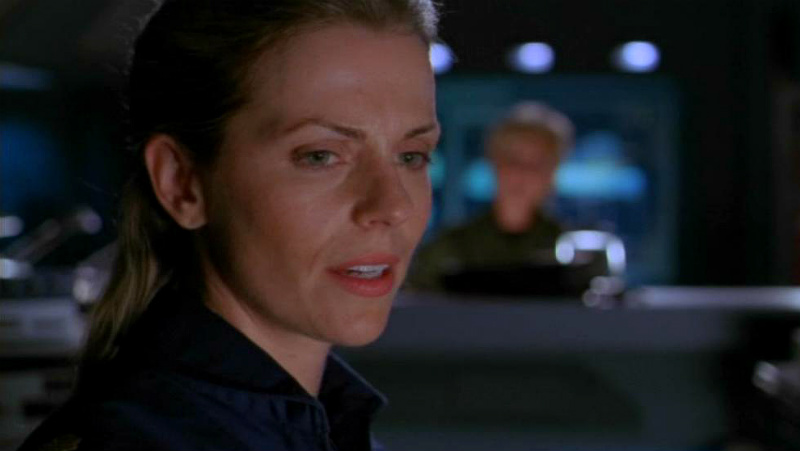 A major in the U.S. military, and a senior officer on board the Earth ship Prometheus. Gant served under Colonel William Ronson, the ship's first commander. Her station is to the starboard side of the command chair on the bridge of the ship. Gant carries a presence of loyalty and an adherence to authority, and resonates as being both beautiful and a strong, capable officer.

Gant was present during Prometheus' first test run using the new naquadria hyperdrive, and was with the ship when it became stranded on the planet Tagrea after a failed hyper-launch threw the vessel far off-course. With the hyperdrive unusable, Gant and the rest of the Prometheus crew returned to Earth through the Stargate before coming back to Tagrea months later. Equipping the ship with a hyperdrive engine cannibalized from a Goa'uld Al'kesh, Gant and the crew settled in for the long trip home.

Memento - Gant is an officer on the Prometheus, and bares witness to the events of the ship becoming stuck in a distant region of space.
Grace - With the Prometheus nearly home, Major Gant is abducted along with the rest of the ships crew by unknown aliens.
Lost City, Part 2 - Major Gant assumes her standard position on Prometheus' bridge as Hammond takes command, and the ship defends Earth against Anubis's attack forces.