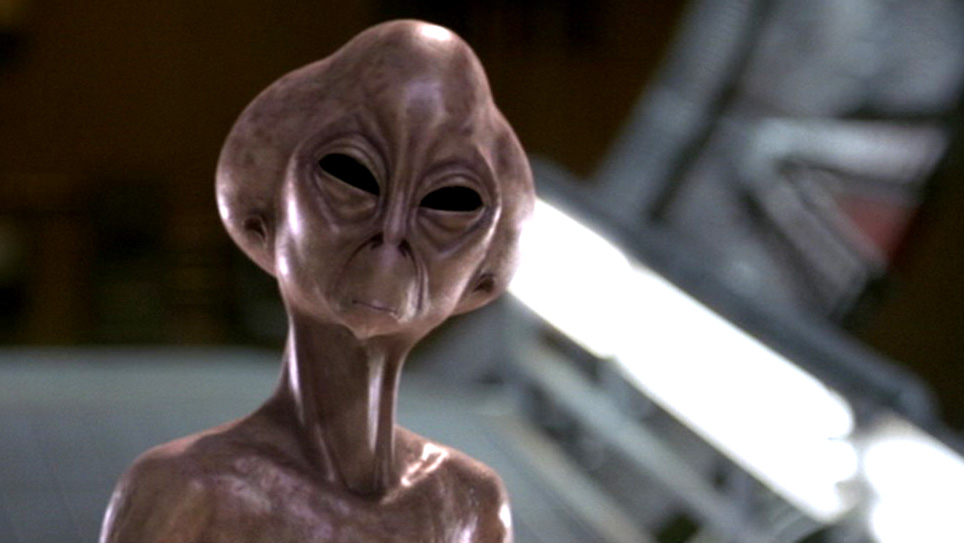 A member of the Asgard High Council and protector of the planet K'Tau, Freyr did not particularly care for Jack O'Neill and the humans of Earth nearly as much as did Thor. He was easily agitated -- but like all Asgard, he was strong-willed and true to his word.

Freyr led O'Neill to the Asgard High Council during a time of crisis, when SG-1 believed they damaged the K'Tau sun, putting the people in jeopardy. They were unwilling to come to the aid of the S.G.C. or K'Tau because of the guidelines of the Goa'uld / Asgard Protected Planets Treaty, but may have been at least partly responsible for saving the planet in the end.

Freyr arrived at the S.G.C. to gain aid from SG-1 after Thor's apparent death at the hands of Osiris's powerful new mothership. Later, he was responsible for rescuing the group from the clutches of Anubis, challenging the Goa'uld with three Asgard battleships at his command. Freyr then declared that the Asgard were forever in the debt of the Tau'ri.

It is believed (but not confirmed) that Freyr perished when the Asgard race collectively ended their civilization, unable to solve the genetic degradation problem in their reproductive cloning program.

Red Sky - SG-1's actions doom an Asgard-protected world, and O'Neill asks Freyr -- whom the people of K'Tau worship -- for help. Freyr is forced to refuse, as such an action would violate their non-interference treaty with the Goa'uld.
Fail Safe - SG-1 pleads with Freyr and the Asgard high council for intervention when a meteor threatens to destroy Earth, but they again refuse to violate the Protected Planets Treaty.
Revelations - Freyr comes to the S.G.C. for help with the Goa'uld attack an important Asgard research facility. When the team rescues the Asgard scientist and his work, Freyr comes to the rescue to repel the pursuing Anubis with a group of Asgard battleships.