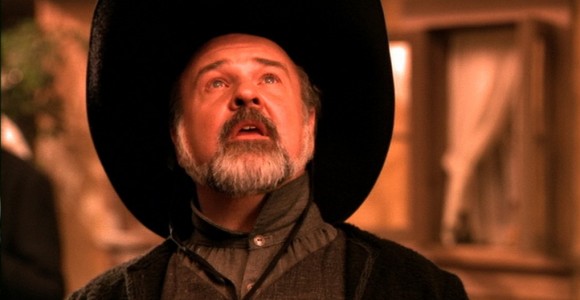 SG-1 discovers that their trip through the Stargate may have inadvertently doomed an entire civilization, and plead with the Asgard for assistance.

SG-1 emerges from the Stargate after a rough ride to an alien world. Major Samantha Carter tells Colonel O'Neill that they had to bypass some of the normal dialing protocols in order to get a lock on this planet – K'Tau, a peaceful, agrarian world populated by a very spiritual people. The locals have developed from an ancient Norse people, and worship the benevolent Asgard as gods.

K'Tau, in fact, is an Asgard-protected planet – named in the same treaty as Earth, in order to protect it from the Goa'uld ("Fair Game").

SG-1 soon realizes the reason for their rough ride through the wormhole. The K'Tau sun shifts toward the infrared end of the light spectrum, threatening to destroy all life on the planet. While the local leader, Elrad, consults the god Freyr (along with Malchus, a spiritual leader who is skeptical of the outsiders), Major Carter tries to get to the bottom of things.

Colonel O'Neill and Daniel Jackson accompany Elrad and Malchus, and are transported to an underground cavern where they are greeted by a holographic projection of "Freyr," a mighty Norse warrior. While the recording is vague and not specific to their situation, Malchus believes that the arrival of the "evil" visitors has signaled the beginning of Ragnarok – the Norse version of Armageddon.

Back on the surface, Carter fills in the team on her theory. It's possible, she believes, that the wormhole created by the Stargate passed right through the K'Tau sun. A super-heavy element piggybacked on the wormhole and bonded with the sun ... leading to its imminent destruction.

Jack and the team face the fact that they are responsible for the K'Tau's deadly problem, and return to the Asgard chamber to seek help from the advanced alien race.

O'Neill is granted an audience with members of the Asgard High Council, who continually rebuff his apologies and his pleas for help. Their treaty with the Goa'uld prevents them from using their technology to artificially advance the people of K'Tau – even if it means saving them from destruction. If the Protected Planets Treaty is violated, the Goa'uld would be free to attack any planet named in it – including Earth.

Jack suggests that they might be willing to take the chance. But the Asgard turn him away, pointing out that he could never make that decision for every planet named in the treaty.

SG-1 is on their own. The only way that Carter can think of to stop the process is to introduce an element with an atomic weight above 200 into the sun, rendering the foreign matter inert. She returns to the S.G.C. to begin work on a plan to deliver "Maclarium" – a super-heavy element created in a lab on Earth – into the K'Tau sun, using a rocket that the Air Force was planning to launch from nearby Vandenburg Air Force Base in a few weeks. Over the course of the next three weeks, the rocket is brought through the gate in pieces and reconstructed.

Malchus' opposition to SG-1 and their efforts to save K'Tau soon comes to a deadly head. An explosion destroys the rocket, killing two K'Tau extremists and two members of SG-6.

O'Neill nearly kills the man before regaining his composure. Jack intends to leave the world to perish, having done all he could – but the team convinces him that not all of the local people supported Malchus' actions. Elrad, for instance, has prayerfully accepted their fate as the will of Freyr – and SG-1 as his messengers.

Elrad and his people refuse Daniel's request that they relocate through the gate. And when Jack stands up in front of the village and tries to convince them that their gods are little grey aliens, they ask him to leave. Left with no options, he obliges.

But Major Carter suggests one final alternative. If the Maclarium is delivered through the Stargate to K'Tau, it may rematerialize inside the sun if the wormhole is prematurely cut off at precisely the right moment. It's a long-shot, but it's all they have left.

The element is sent, and SG-1 waits on K'Tau for the results. When it appears that the plan did not work, Daniel offers a final prayer for the people as SG-1 prepares to leave. But the sun shifts back to its normal state, almost miraculously. The team speculates that the Asgard may have helped out after all, having been provided a way of stepping in without the Goa'uld knowing. But they realize that they will never really know for certain.