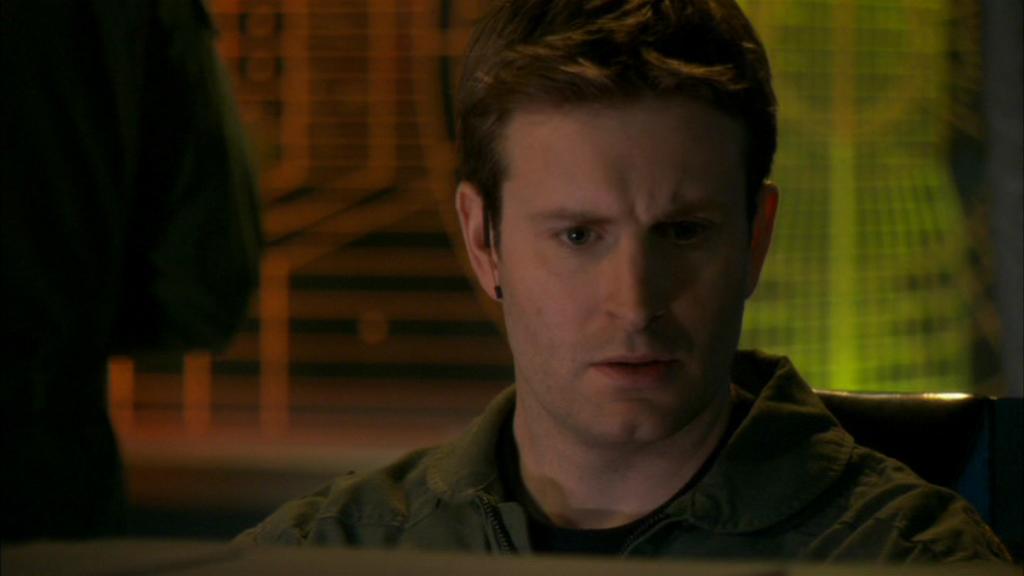 Officer stationed aboard the Earth ship Prometheus and, later, the Odyssey and the Daedalus. One of his posts was in Auxiliary Control Room Two, where he used the Prometheus's Asgard sensors to detect and map the exterior of the structure of Avalon, one half mile beneath a hilltop in Glastonbury Tor, England. He was able to define a large main cavern as well as a network of smaller tunnels and caves. Marks was also responsible for locating the Ancient long-range communication device.

Promoted to the rank of Captain, Marks was present when the Prometheus traveled to Tegalus to attack and destroy an Ori satellite weapon. Instead, Prometheus was destroyed by the device in just four shots, but Marks was among the crew who managed to evacuate.

He was quickly promoted to Major, and assigned to the new Earth battle cruiser Odyssey. There Marks served alongside Colonel Paul Emerson. Upon his transfer to the Daedalus he was made the ship's helmsman, serving under the command of Colonel Steven Caldwell.

Avalon, Part 1 - Marks shows Mitchell and the rest of SG-1 that he has located the underground caverns of Avalon.
Avalon, Part 2 - Marks rings down to Avalon and uncovers the Ancient long-range communications device among mounds of treasure.
Ethon - Now a Captain, Marks is forced to abandon ship just prior to Prometheus's destruction to an Ori satellite weapon.
Stargate: The Ark of Truth - Marks pilots the Odyssey through the Supergate on a mission to end the Ori invasion of the Milky Way.
Search and Rescue - Marks now serves on board Daedalus under Colonel Caldwell, engaging a Wraith hive ship in battle.
The Lost Tribe - Marks must attempt to regain control over the Daedalus systems before the ship crashes into Janus's secret Attero facility on the surface of an ice planet.
Air, Part 1 - Marks now serves on the George Hammond, which defends Icarus Base from a Lucian Alliance attack.