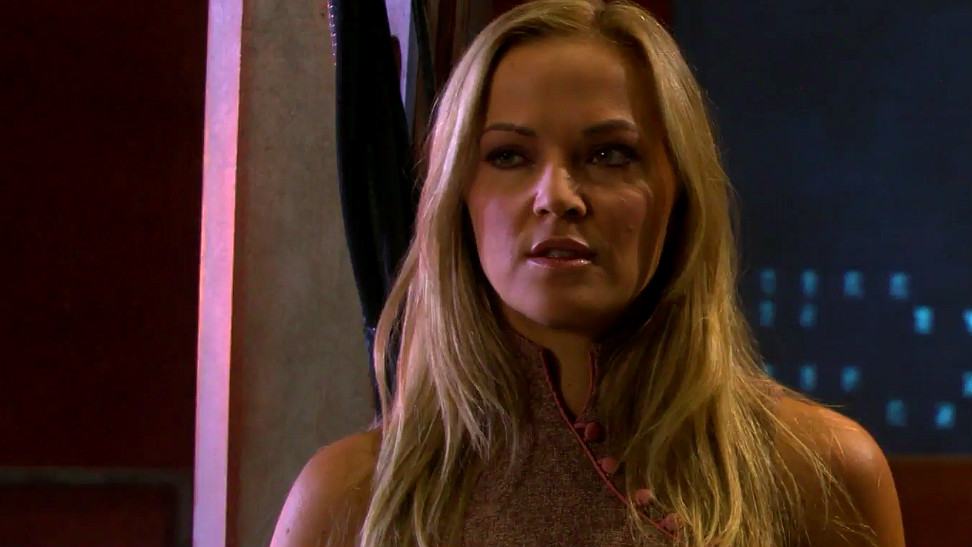 Chief scientist of the Taranian people. Norina was present when the Atlantis expedition responded to Chancellor Lycus's distress call. In mere hours she learned much about the Ancient outpost on Taranis, which she had devoted her life to studying, through Dr. Rodney McKay, a team member from the unit who had arrived to assist.

Norina watched as Taranis crumbled around her, the overuse of the Ancient shield increasing the super-volcano's seismic activity. The Ancient base itself was powered by geothermal energy, but was designed to extract it at intermittent amounts -- not continuously. Norina and her engineers had inadvertently destabilized the super-volcano.

When volcanic activity destabilized the surface and destroyed the Stargate Norina worked with McKay to create a "Plan B" for evacuating Taranian refugees from the planet by a means other than the Stargate or Daedalus. She assisted in the repairs of the Ancient warship Hippaforalkus her people held in their possession, and eventually used it to evacuate the remainder of the Taranian people from the planet just as the super-volcano went critical.

A year later the Atlantis team discovered that the Wraith Michael had discovered the Taranians and subjected them to lethal experimentation. Norina is believed to have perished with the rest of her people.

Inferno - Norina is at Dr. McKay's side learning about Ancient technology while her planet crumbles around her.
Vengeance - Sheppard's team visits the Taranian settlement and finds everyone dead, victims of Michael's experiments.