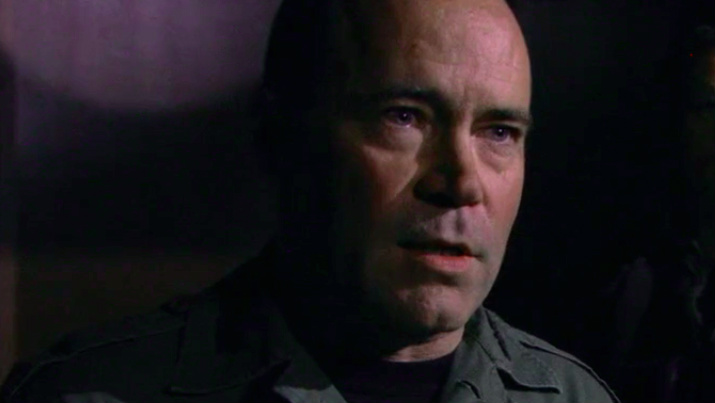 Colonel assigned to Stargate Command, likely following the appointment of Elizabeth Weir as base commander by President Henry Hayes. After an unknown period of service at the base Pearson was given command of the Gamma Site, a research outpost established on a planet 24,000 light years from Earth.

While conducting a tour of the facility for members of the I.O.A., an experiment being carried out by Dr. Myers on the R75 insects goes horribly wrong and the base is overwhelmed by the carnivorous bugs. Pearson ordered SG-1 to escort the committee members to the planet's surface when the Stargate became inaccessible as an escape route.

Pearson is believed to have died in the research facility, either when the insects reached him or when the base self-destruct went off.

Lost City, Part 1 - Pearson informs Dr. Weir of Bra'tac's I.D.C. and his intention to arrive through Earth's Stargate.
Lost City, Part 2 - Pearson is in the control room when the S.G.C. loses main power and Anubis attempts an attack through the gate.
The Scourge - Pearson has a major situation on his hands when carnivorous bugs invade the Gamma site.