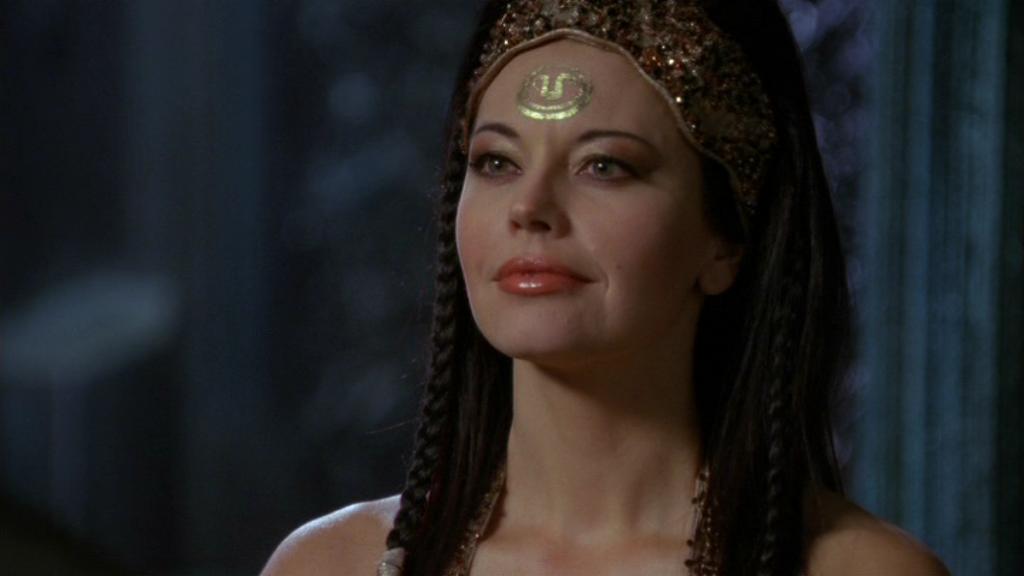 A Jaffa priestess from the High Cliffs of Chulak, Shau'nac came to believe she had convinced her larval Goa'uld symbiote to forswear his birthright and oppose the Goa'uld. Shau'nac had once been very close with Teal'c, probably before he married Drey'auc.

Shau'nac had come to believe in Teal'c's cause, that the Goa'uld were false gods and the Jaffa should be free. While in a dangerously deep state of kelnorim meditation, she broke with Goa'uld law and attempted to communicate with her symbiote. Eventually, she believed she had turned it from its genetically evil ways and convinced it to join the Tok'ra resistance movement.

When it became time for the creature to take a host, she journeyed to Earth for help in making contact. She also wished to reacquiant herself with Teal'c, who had recently been, for lack of a better translation, divorced. Once the Tok'ra provided a new larval symbiote to sustain her life, Shau'nac and Teal'c planned to return to Chulak to help other Jaffa learn to commune with their symbiotes.

The symbiote, Tanith, took possession of the volunteer host Hebron. But he soon revealed to Shau'nac that he had been manipulating her in order to infiltrate the Tok'ra, and killed her. Teal'c vowed to avenge the loss of Shau'nac and wait for the perfect time when Tanith, believing he had successfully infiltrated the Tok'ra, would not be watching. It was more than a year later that he finally caught up with the Goa'uld and killed him, finally avenging the death of his beloved.

Crossroads - Shau'nac journeys to Earth and is reunited with Teal'c, believing that she made her prim'tah have a change of heart. But Tanith tricks her, and murders her.
The Changeling - On the edge of death, Teal'c has a vision where he leads a normal life as a human on Earth, with "Shauna" as his girlfriend.