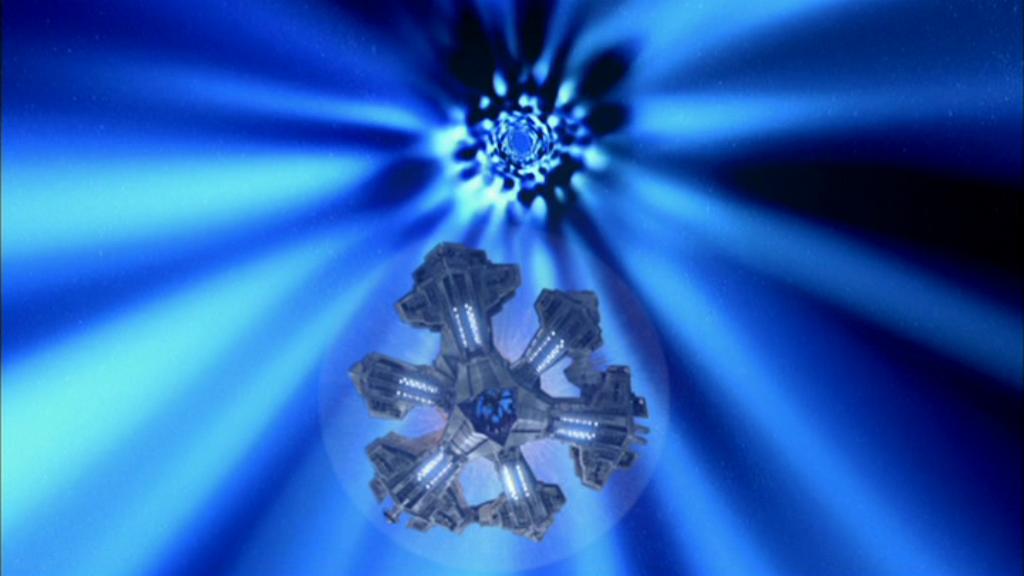 Advanced technology for interstellar space ship travel developed by the Ancients in Atlantis, but left incomplete and untested. The drive utilizes the same basic principle as Stargate travel -- connecting two distant points with an artificially-created wormhole -- but without the need for transmitting or receiving gates. Instead, the ship's drive itself generates a large wormhole to the target destination.

This allows for travel that is vastly quicker than traditional ship propulsion. Rather than taking several days or weeks to cross the vast, empty space between two galaxies, for example, flight through a wormhole allows a ship to reach its destination in mere moments.

The required calculations are incredibly complex, and an error would vaporize the ship and its inhabitants -- restricting use of the technology only to the most extreme emergencies.

Lantean scientists abandoned the project because of instability issues and enormous power requirements. Under pressure to get Atlantis quickly to Earth to defend it from an advanced Wraith hive ship, Earth scientists including Rodney McKay and Radek Zelenka managed to adapt and complete the technology and take Atlantis on the first successful wormhole flight.

[Note: The image above shows standard hyperspace travel. Neither the drive nor wormhole travel have been shown on screen.]

Enemy At the Gate - In order to reach Earth in time to stop a Wraith hive, Atlantis scientists complete and activate the wormhole drive -- rapidly crossing the distance between galaxies.