Syfy has released an episode description and a few photos of Joe alongside Warehouse 13 co-star Joanne Kelly (“Myka Bering”).  If you’d rather not know anything about the episode’s plot, skip the rest of this story and just check out the pics below!

“Elements”
When a sculpture is stolen thanks to a Native American artifact that allowed the thief to walk through the steel walls of a vault, Pete (Eddie McClintock) and Myka (Joanne Kelly) are sent to New York City to investigate.  The hunt for the truth eventually leads them to the discovery of a sacred place—and they’ll do all they can to protect it.

Flanigan plays Jeffrey Weaver, a wealthy man “whose charm captures Myka’s interest, but he finds himself under Pete and Myka’s scrutiny when a sculpture on which he bid, vanishes in an impossible heist,” the network said. 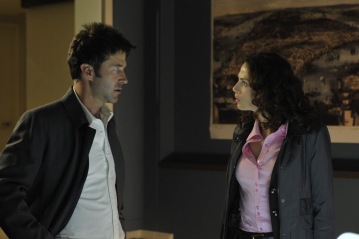 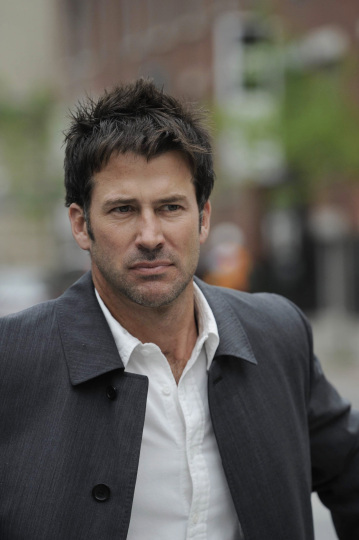 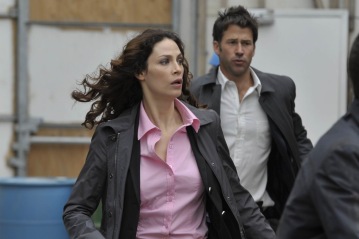 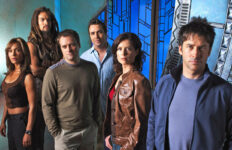 Can’t wait to see this episode – it’s the reason I’ve been watching Warehouse 13.

Joe Flanigan nice to see him back doing something else. The photo’s are good thanks.

WOW he is SO good an its a great pic, is great to see him back in something even just a guess star.Hurry up Joe get a new series ANYTHING we need something to fill the void!

Dont get Warehouse 13 in the UK but I really want to get this ep.

Yummmy more Joe to drool over. Now just get a weekly series so we can see you all the time.

MORE JOE, :-) I’m happy I agree with others hurry up get a new show then you put the SGA nasty mess to bed and we can all move on an let SGU blur into a horrible nitemare :-(.

I’m looking forward to seeing this episode… I admire Joe’s acting very much.

I know this to late now, but I saw this show an Joe was great in it, the only down side was the show was weak.

I just watched that episode, and he was dressed like Sheppard. He also did some of the same hand movements when talking down a bad guy. I couldn’t think of him as the character, just Jaohn Sheppard.