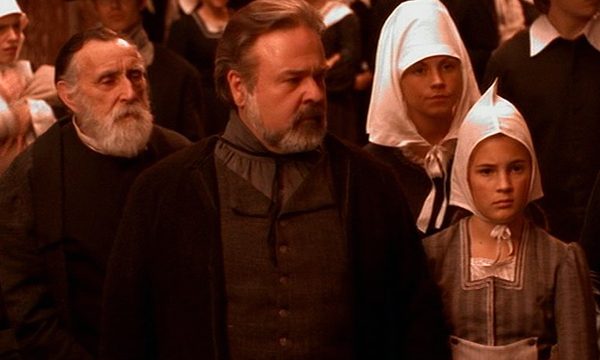 SG-1 discovers that their trip through the Stargate may have inadvertently doomed an entire civilization, and plead with the Asgard for assistance.

Rewatch “Red Sky” this week! Then post your comments below, or head over to the “Red Sky” discussion forum and see what people were saying back in the day. What are your favorite moments?

This wasn’t one of my favorite episodes. The kind of storyline setup has been used over and over in shows. Where there’s some kind of imminent danger and we are trying to help them. Almost everyone understands and sees it but, there’s always that one in the crowd that causes problems. I also believe I caught an “oops” moment in the episode. In the scene where Jack was talking with the Asgard High Council, there was an shot where they were up close to one of the council members and it didn’t have its necklace thing on. Then in another… Read more »

In mentioning this wasn’t one of my favorite episodes, most “filler” episodes aren’t. I tend to find them boring and me saying “can we hurry up and get back to the storyline”. Just not my cup of tea.

i really liked this episode and its one of my favorites, i guess im just weird lol

Love red sky its one of the best

great episode and great music theme also , it played over and over in my head for many days

loved this episode, it’s one of those episodes where the team doesn’t look invincible anymore. They have flaws, they make mistakes and in this one, are “unable” to save the planet (to an extent).