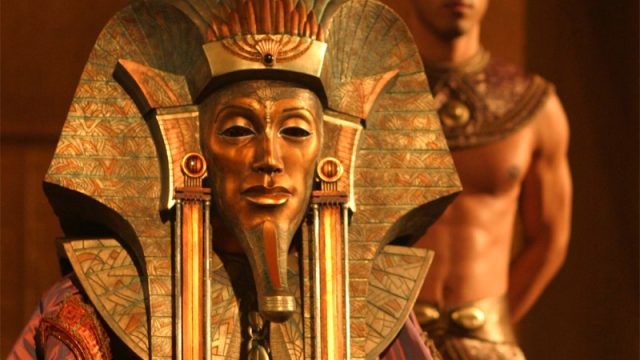 SG-1 travels back in time in a daring plan to steal a piece of Ancient technology from Ra, the powerful Goa’uld who ruled in ancient Egypt. But after their own timeline is changed, an alternate version of SG-1 must use the newly-discovered time ship to set things right.

Rewatch “Moebius” this week! Then post your comments below, or head over to the “Moebius” discussion forums and see what people were saying back in the day. What are your favorite moments?

“more or less”, would that include Jack’s pond now having fishes? :P

Ding-ding-ding! Darkthunder, you win a fish. ;)

Absolute sucker for this two-parter since it includes time travel. However, another thing to look for are the hilarious performances by Amanda Tapping and Michael Shanks as their altered selves… and David Hewlett flirting away with the “dumb blonde”.