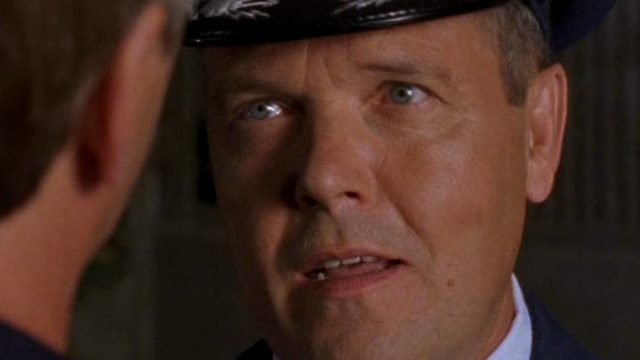 SG-1 is accused of stealing an important weather-controlling device, sending a primitive planet into chaos. The team discovers that Earth’s second Stargate is being misused.

Our ongoing rewatch of favorite moments in Stargate history continues with a new plan for 2016: Each month we’ll pick a theme, and feature a key episode every week. Join us by watching the episode during the week, and heading over to GateWorld Forum (or posting below) to talk about it!

Rewatch “Touchstone” this week! Then post your comments below, or head over to the “Touchstone” discussion thread and see what people were saying back in the day. What are your favorite moments?

“Major” Reynolds would have been promoted to Lt. Colonel by the time he transferred to the SGC, NOT Colonel. He would have skipped a rank if he was a Colonel in Season 5.