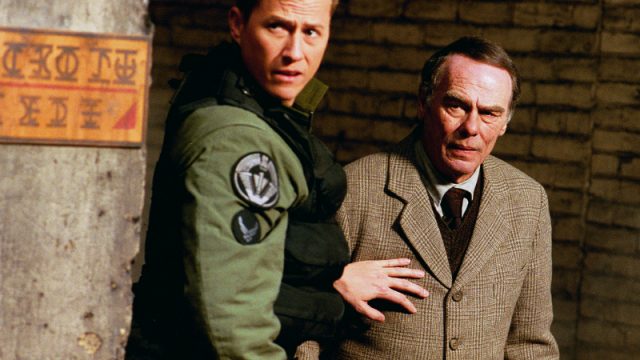 Jonas’ people ask Earth for military aide in an impending war with their rival nations, but his former mentor offers another solution: a resistance movement ready for a coup.

Rewatch “Shadow Play” this week! Then post your comments below, or head over to the “Shadow Play” discussion thread and see what people were saying back in the day. What are your favorite moments?

I remember this episode well. Thought it very well written and acted. The pacing was good enough that it really wasn’t until the writers wanted me to understand that there was something wrong with the professor, that I did see it!