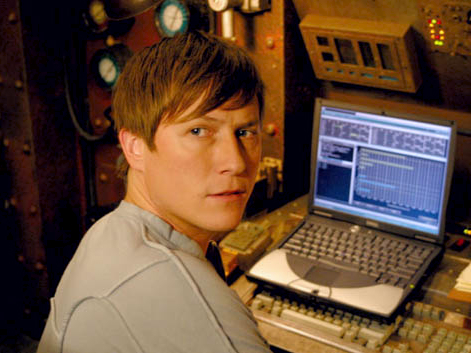 When the Kelownans discover that a massive underground vein of naquadah is being converted into naquadria, Jonas Quinn seeks help from Earth in avoiding the total destruction of his planet.

Rewatch “Fallout” this week! Then post your comments below, or head over to the “Fallout” discussion thread and see what people were saying back in the day. What are your favorite moments?

A cast change like this doesn’t always work out but I really liked the addition of Corin Nemec (although at the expense of Daniel Jackson). Some of my favorite episodes.

I agree, though I missed Daniel Jackson, I really began to like Jonas Quinn. My problem with this episode was the costumes and Jonas’ hair-do…it was actually very off-putting. I remember people remarking about it at the time. I really wondered why Jonas looked so effeminate.

I also liked the Jonas character as played by Corin Nemec. If Michael Shanks hadn’t returned I think that he could have carried through to the end quite well. Emily Holmes played her part well in that episode as well. I hope that Mr. Nemec has made a good recovery from the injuries he sustained a few years ago while filming a SyFy movie.

There were rumors that Jonas was going to return in Season 2 of SGU. Corin Nemec made a tweet at the time that almost explicitly said that. I’m guessing somehow the plan didn’t pan out, and instead they only used his planet without using Jonas himself. I would be completely okay with this if the series hadn’t been cancelled, because Langara would’ve undoubtedly returned, and we’d have had plenty more opportunities to see Jonas again.

But SyFy had to be dumb f-cks and cancel the show.