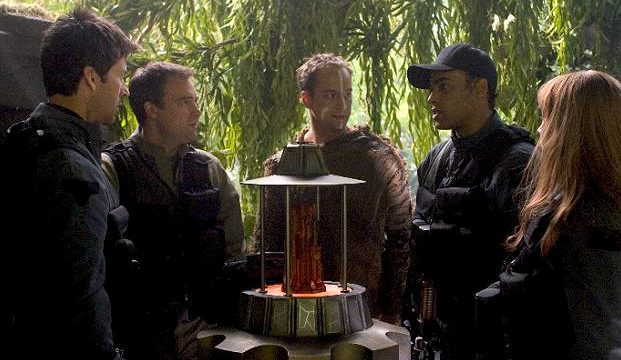 Stargate Atlantis is well known for its buoyancy, witty dialogue, and swashbuckling sense of adventure. But on occasion it strays from the tried-and-true formula to explore something darker and more intimate. Early Season One episode “Childhood’s End” ranks amongst the finest hours of Stargate ever produced, exploring the twisted psychology and crippling paranoia of a primitive Pegasus Galaxy settlement.

After an electrical anomaly grounds our Puddle Jumper, John Sheppard and company set out in search of the disruption. To their surprise they find an EM generator amidst ancient ruins powered by a highly-coveted Zero Point Module. Not only is the EM field impairing our gear — it’s discouraging the Wraith from culling the planet.

Unfortunately, the indigenous population is unaware of such technology, and instead believe the secret to keeping the Wraith away is their youth.

Early generations, who were ruthlessly culled, noticed the Wraith only fed on “full-growns.” They hypothesized that an age cap would disqualify their community as a food source, and ensure the Wraith never return. Hence, ritualistic suicide became strictly enforced — no one would be allowed to ripen past the age of 24.

This long standing tradition, in their minds, has kept them safe … and our team’s “elderly” presence threatens to endanger their entire settlement.

This particular story comes at a formative and crucial time in the Atlantis narrative. The expedition has successfully located the Ancients’ lost city and established a functional base of operations. But they are cut off from Earth, and in need of a Zero Point Module to sustain a wormhole connection across galaxies. More importantly, they need a Z.P.M. to properly defend the city.

The expedition has already experienced growing pains — ostracizing the Athosian population (“Suspicion”) and encountering the Wraith at every exploratory turn. Supplies are rationed, food production is a challenge, and the imminent Wraith attack on Atlantis keeps the city in a constant state of fear. It’s far from the well-oiled operation we saw in SG-1.

Despite these circumstances, “Atlantis” maintained a jovial tone as it developed its mythology and unique voice — never taking itself too seriously. “Childhood’s End” is the first episode to extend beyond that mold and explore the harsher realities of a galaxy living under Wraith oppression. 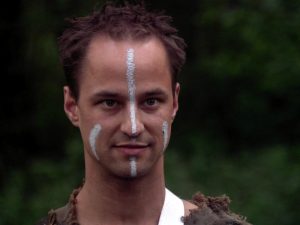 The dramatic core of “Childhood’s End” revolves around a budding friendship between Sheppard and Keras, one of the village “elders.” When Keras reveals he’s turning 25 — with his ritual suicide penciled in for the evening — Sheppard is instilled with a newfound desperation to intervene.

Keras acknowledges the radical nature of the custom, but stops short of denouncing it. Actor Courtenay J. Stevens delivers a beautiful, nuanced performance as the vulnerable native: you can see the fear and doubt brew in his eyes, and it evokes a great deal of emotional investment.

Perhaps Keras doesn’t agree with these rituals. No one has come through the Stargate in 500 years. Our team is the first outside influence this culture has encountered in centuries, and our presence undoubtedly causes these young, developing minds to question their beliefs.

Trading stories with Sheppard stirs a deep curiosity within Keras — one which he attempts to hide for fear of retribution. Unfortunately, a fellow elder (Ares) notices and rallies loyal members of the community to ensure Keras follows through with the ritual.

It quickly develops into a story of us versus them, with Keras falling somewhere in between.

There are plenty of emotional beats and white-knuckle moments, even though I was confident in our team’s problem-solving abilities. While the solution appears simple (just tell them, for cryin’ out loud), presenting quantifiable evidence proves to be a challenge. Rodney McKay elaborates: “What are we going to tell them … everything you believe is wrong, and trust us because we’ve been here for almost an hour!” 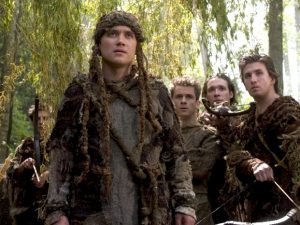 “Childhood’s End” embraces powerful social commentary — examining the dangers of groupthink and the manipulative power of fear. These kids blindly associate their safety with ritual suicide. They don’t question the false equivalency. And even if they ideologically disagree with the tradition, they wouldn’t dare violate the guidelines — because their selfishness could “endanger” the entire settlement.

It is sobering to realize that past generations perished over a lie which exists solely for the sake of population control — a tactic used to keep the settlement small and within the EM shield’s protective range. And while the episodes ends in smiles and jokes, there remains a dark undertone that sticks with the viewer even as the credits roll.

Perhaps this story is so resonant because there are plenty of factions on Earth that employ similar practices as a means of exerting control. That’s the (haunting) beauty of sci-fi — fictional scenarios, often galaxies away, that have profound relevance in our world. 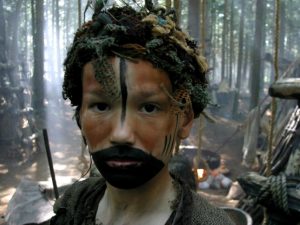 My original plan for the first SGA “Legacy” entry was the breathtaking two-parter “Rising.” While those episodes serve as a formidable and entertaining origin story, I felt “Childhood’s End” was more consequential to the overall legacy of Stargate.

“Childhood’s End” successfully pulled off the juggling act, and set a strong precedent for future Atlantis episodes. And while we never saw the settlement flourish in later seasons, we were privileged with a smart, tense story that functioned like a galactic fable about fear and oppression. An honest portrayal of what primitive settlers might experience amongst the stars.

Well said and I concure with your evaluations of the episode’s. I’m a true fan from the Showtime days to the end of universe.i wait for a resurgence of the triogoy with patince and anticipation.
Tom S