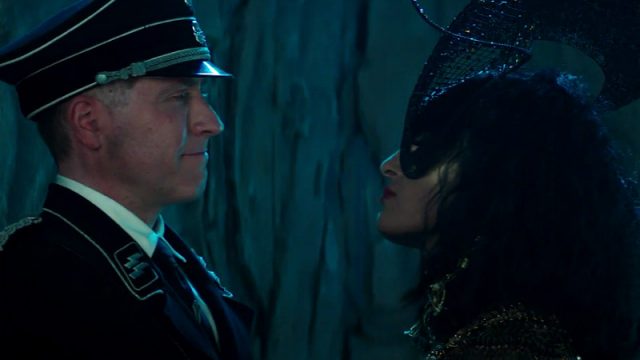 Two brand new installments of Stargate Origins are online and ready to watch!

The story of Catherine Langford and her quest to rescue her father on a distant world continues with Episodes 6 and 7 of the 10-part Web series, streaming exclusively at Stargate Command.

The newest episodes are available exclusively to All-Access pass holders. Episodes 1 through 3 are still available for free viewing.

EPISODE 6
Professor Langford is forced to help Brücke and Aset negotiate an uneasy alliance that threatens the to unleash an unspeakable horror. Meanwhile, Catherine and team get a much needed stroke of fortune as Wasif’s miraculous recovery is followed by a dramatic change in heart by their captors.

EPISODE 7
Aset finally reveals her end of the bargain, giving Brücke the chance to dream up a new and terrible plan for his return to Earth. Meanwhile, as Catherine bonds with the team’s new friends, she discerns the terrible ramifications of what might happen if Brücke finds a way off this planet.

After you’ve watched this week’s new installments be sure to read the Mission Files on the site, which dig deeper into the story and character motivations — especially those of the powerful and ruthless Goa’uld, Aset.

Our continuing coverage continues at GateWorld with full plot and Stargate continuity analysis! Head over to the Origins episode guide to find our write-ups of every episode, including last week’s Episode 4 and Episode 5. And be sure to vote in each episode’s fan poll — we’ll be calculating the Fan Rating scores for the episode guide after the Web series wraps up next week.

Episodes 8, 9, and 10 of Stargate Origins premiere next Thursday, March 8, as a special finale event at Stargate Command.