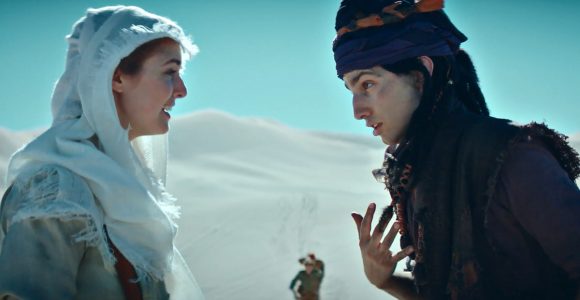 Hoping to lay low, the team follows their new guide to a native settlement – while the Germans plot to forge an alliance with the planet's alien masters.

Catherine Langford and her friends James Beal and Wasif wander the desert of an alien planet, as their native guide eagerly pushes them onward. Catherine manages to stop the young man just long enough for a round of introductions, and through their language barrier manages to learn his name: Kasuf.

He takes them to a small encampment, where he excitedly yells a greeting to his people. They follow Kasuf down the sandy dune and into the heart of the settlement, but cannot keep up. Kasuf has disappeared. 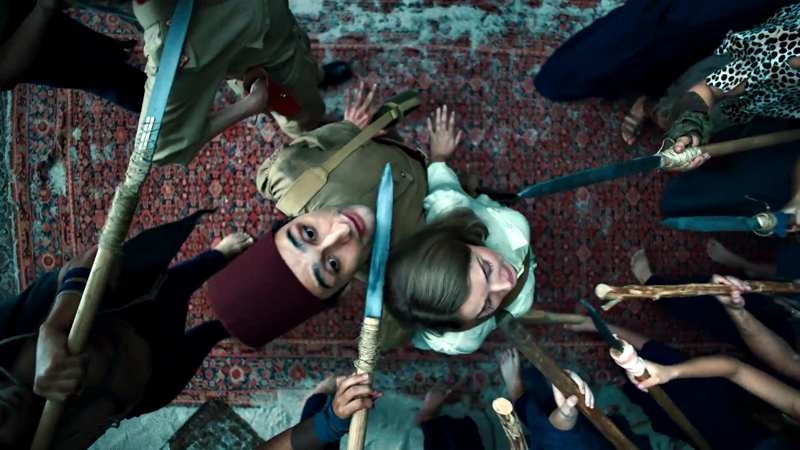 Catherine begins calling out for her father, Professor Paul Langford, hoping that he is hear – but there is no response. Instead the trio of off-worlders is quickly surrounded by Abydonian natives, with spears drawn, who take them into custody and tie them together around a post inside a tent.

Elsewhere on the planet, the alien warrior Serqet informs her master Aset of her encounter with the three strangers. Cradling her infant child, Aset finds it surprising that this second group of humans to come through the Stargate did not quickly surrender as the last ones did – implying that this is Serqet's own failure. The two women are clearly at odds: Serqet warns her queen that Ra is going to return and punish them, especially because Aset's child is a Harcesis – a thing forbidden among their kind.

Aset knows well of Ra's power, and has a plan: she intends to gather enough resources to rise up against him. And she seems to believe that the humans she has received – the Nazi Wilhelm Brücke and his people – may be able to help.

Dr. Brücke has been given a place to stay (or perhaps a cell to be held in) along with Eva Reinhardt, Stefan, and their captive Dr. Langford. Stefan is worried about their fate, and as Eva tries to soothe his nerves Brücke discovers that Aset has allowed them to keep the equipment they brought from Earth (if not their weapons). It includes a film projector. 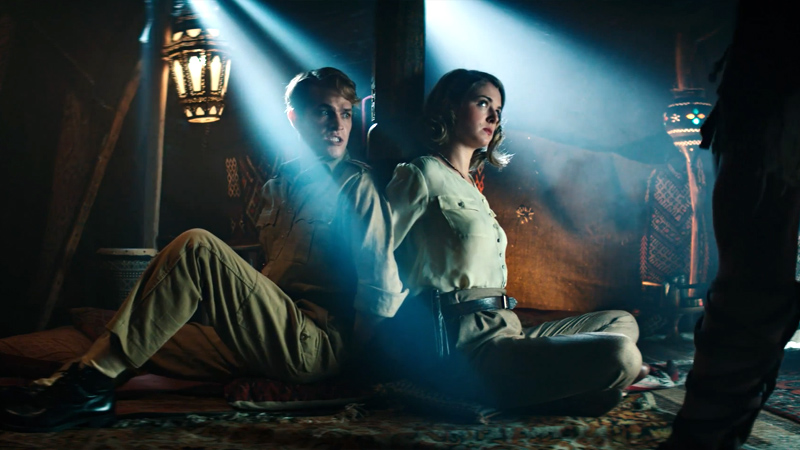 Back in the Abydonian encampment, Catherine and Beal argue. Wasif manages to get a hand free from his bonds, and soon frees the others. But before they can escape from the tent a guard (Motawk) enters. A struggle ensues, and Wasif is stabbed in the abdomen – quite by accident – by the guard's spear.

He falls unconscious, bleeding out on the floor. Kasuf rushes in, calling (in Egyptian) for something called the "Wand of Horus." The device is brought in and Motawk mutters a quiet prayer as he waves it over Wasif's wound – which miraculously closes up in only seconds. The man's life has been spared.