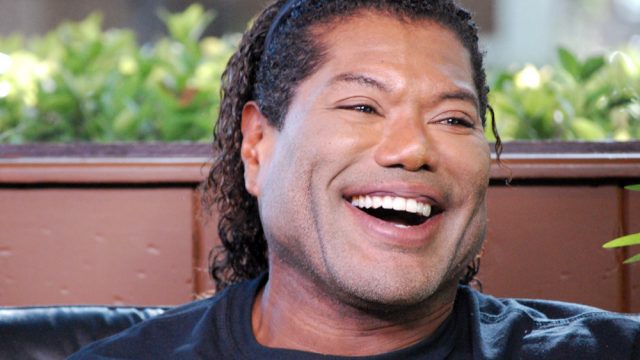 For nearly a year now Stargate SG-1‘s Christopher Judge has made it clear that he wants the chance to return to the franchise’s fictional universe. While production was ramping up on the story of Catherine Langford in the fall of 2017, Judge came on board the new Stargate Command platform to co-host the interview series “Dialing Home” and to serve as a sort of ambassador for Stargate.

Soon thereafter the man who played Teal’c for ten seasons and two movies told fans that he hoped to pitch his own idea for a future Stargate Origins story, tentatively titled: “Return of the Jaffa.”

The short-form Origins concept, after all, lends itself really well to an ongoing anthology format.

At last week’s Stargate panel at San Diego Comic-Con, Judge had a chance to elaborate further on the story he’d like to tell. (I definitely heard him right … I was sitting right next to him at the time!)

“There’s some stories that I’d like to tell,” Judge said in response to a fan’s question about Stargate’s future. “A lot of the questions that I get are, ‘So what happened to the Jaffa? Now that they’re free, what are they doing now?’ I have an answer!” 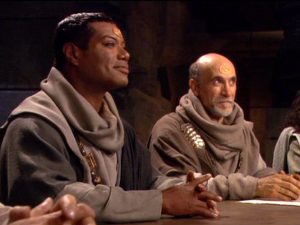 “I’d love to tell that story,” he said. “I would love to tell the Bra’tac origins story. How did the Free Jaffa movement start, and how was Bra’tac involved in it? How did Bra’tac become Bra’tac? I really thought that would be interesting.”

Judge made the move from acting to writing beginning with SG-1‘s fifth season episode “The Warrior,” for which he contributed the story. A year later he was at the keyboard pounding out his first teleplay, for “The Changeling.”

He would go on to write “Birthright” in Season Seven and “Sacrifices” for Season Eight, both Jaffa-centric stories that introduced the Hak’tyl — an all-female group of Jaffa. After the downfall of the Goa’uld at the end of the show’s eighth season, the Hak’tyl (represented by Ka’lel, played by Simone Bailly) would go on to help found the Free Jaffa Nation on the ancient planet of Dakara.

An Origins story that tied together elements of the present-day and Jaffa history would allow Judge, now 53, potentially to both write for and act in a Stargate production again. It could also bring Bra’tac actor Tony Amendola back to the screen, both in the present day and also playing himself as a much younger man (say, a spry young 80 or 100 years!). 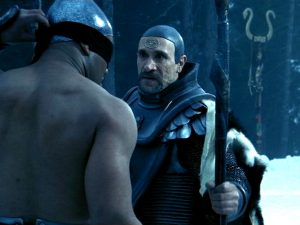 Bra’tac is a younger man when he trains Teal’c. | “Threshold”

The earliest piece of Bra’tac’s story shown on screen to date came in the episode “Threshold,” where Teal’c recalls the ways in which his mentor had challenged him not to blindly follow the Goa’uld as though they were gods. It’s an unexplored piece of Stargate mythology just how Bra’tac himself became a skeptic, so that he would later influence Teal’c and countless other Jaffa enslaved to Apophis.

Such an Origins story could also appeal to fans of the television series who may have found the first Stargate Origins story to be too far removed from SG-1, Atlantis, and Universe.

While it was clear at the panel that MGM was not ready to make any official announcements at Comic-Con, Judge’s pitch certainly might still be in the mix. Further news on the future of the franchise is expected to break at the Gatecon fan convention, set for September 14 to 16 in Vancouver.

Keep it locked on GateWorld for the latest!

This would make an excellent series. Even if it waa a one season offshoot of the new origin series, it would play well to explorer the origins of races. I really really wish they would pick up Universe series once more. The series finale allows them to pick up right where they left off and it could be a way to finally tell the full story of the Gate builders. I mean shit, they were on a craft designed specifically to drop stargates off at new planets, how much more “Origins” can you get than from the actual start.

I always liked the Jaffa and their history. I would really like to see several season if this and the planets they enslaved by the order of their gods. Then a history of the rebellion and what are they doing now. I just miss the whole SG1 and the rest of its other shows.

I think it would be great to tell the story of the Goa’uld origins too. Or maybe even the Asguard. I know they briefly touched on that in the SG1 series but id like to see a more expanded story. Rise of the System Lords or Birth of the Asguard.

I would love to see this story and any (good) story ideas from the otiginal cast members come to life because who knows those characters better.
But just like the recent story floating around christopher Lloyd’s excitement at the idea of a BTTF sequel, Judge’s idea is only an idea unless the powers that be allow it. Those are the kind of “fan-fiction” stories that deserve to be told without prior authorization. Just let them do their thing and trust them to stay true to the franchise they have been intimately apart of for so many years.

There are unresolved problems about expanding the Stargate focus away from Earth. The premise of all of Stargate until now has been the interaction between US and THEM, and whatever “they” do has some kind of relationship to US. Judge is advocating a change of focus to exclusively zero in on the world of the Jaffa without any association to US and the stargate on Earth. This is a paradigm shift, and needs to be addressed seriously. Otherwise Stargate will simply get “all over the place” and people will definitely eventually lose interest.