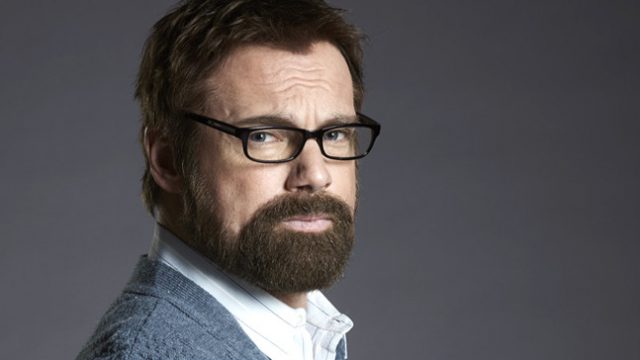 The trailer has arrived for the upcoming CBC mini-series Unspeakable, which hails from former Stargate scribe Robert C. Cooper and features many familiar faces from the Stargate universe.

Check it out below.

Unspeakable tells the real-life story of the tainted blood scandal of the 1980s, in which thousands of people contracted HIV and Hepatitis C after receiving tainted blood products that had not been sufficiently screened. It was one of the largest medical disasters in Canadian history, resulting in a lawsuit that paid out billions of dollars in compensation to victims. 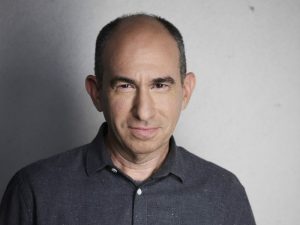 It’s a labor of love for Cooper, who is himself a victim who contracted Hep-C from tainted blood. In addition to writing and executive producing, Cooper is directing multiple episodes.

Michael Shanks (“Daniel Jackson”) stars in the 8-part drama as Will Sanders, a public health official and father who fights for his hemophiliac son. He is among the first to recognize the problem of tainted blood in the country’s public health system. Shanks recently spoke with GateWorld about the project.

“It’s about the tainted blood scandal that affected most of the western countries in the early 80s pertaining to Hep-C and HIV that ran rampant through transfused blood,” Shanks said. “It’s a great story that’s still going on. The repercussions and the lack of closure on that subject in England, in the U.S., in Canada … I think it’s going to be quite an interesting story, and a story that needs to be told.”

Now more than two decades after he met Robert Cooper on Stargate, Shanks said that participating in the mini-series helped him to understand Cooper. 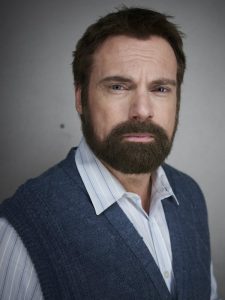 Michael Shanks as Will Sanders | CBC

Unspeakable is loaded with other Stargate veterans as well, including Lexa Doig (Stargate’s Dr. Carolyn Lam), Paul McGillion (“Carson Beckett”), Brian Markinson (“Lotan”), and Aaron Douglas (who was Moac in “Maternal Instinct” and then a Jaffa in “Redemption” before finding fame as BSG‘s Chief Tyrol).

“First and foremost, the series is about the emotional impact this terrible tragedy had,” Cooper said via press release. “I couldn’t be more thrilled to have such incredibly talented people committed to bringing our lead characters to life.”

Stargate writer-producer Carl Binder is also working with Cooper on the project, and Stargate’s John G. Lenic is producing.

Unspeakable premieres on CBC in Canada on Wednesday, January 9 (9 p.m.). In the U.S. it will be released on the Sundance streaming service, SundanceTV.

Stick with GateWorld for Michael and Lexa’s full video interview on this and other topics in the days ahead! 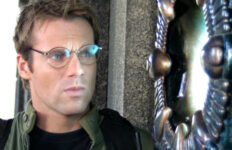 Next Stargate Project Might Have Daniel Jackson In It→ 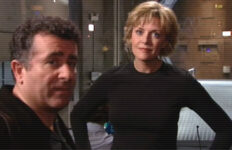 Robert C. Cooper Talks About The Ancients, Ascension, and Religion In Stargate→

Michael: GateWorld has proudly supported the careers of Stargate’s cast by reporting on their non-Stargate work for nearly two decades. I’m sorry you did not find what you expected when you clicked on the headline. But we don’t have any plans to change the way we cover the actors’ careers. When there is a new Stargate show to report, you can believe that the headline will make it abundantly clear. I am morally and professionally opposed to clickbait headlines and other sorts of deceptive practices. GateWorld always has, and always will, stay above the garbage that passes for Internet content… Read more »

Why is are the settings of the show so colourless? Makes canadians seem boring. I can’t watch it. Does everyone in Canada wear grey and olive green clothes? And why are all the man robust in a fat way? Is it too much genetically modified salmon? Gmo should be banned everywhere. I dont care if wild salmon is scarce and will be extremely expensive and i can never afford it. Prices should indeed reflect reality because Gmo is a crime against nature and humanity.

Looks like goodie boy Daniel Jackson only got finer with age. Must have been the multiple accessions. Meow and i don’t even sway that way. Wonder what his regiment and diet is like…

BRUH LOOK AT THE BOTTOM OF HIS HEAD

If the miniseries does not tell how Canada’s Red Cross was taken over by Americans and the blood sent to the U.S. for processing, and how the processing plant was warned ahead of a raid on its way there so they could destroy all the records, and how the perps eventually got off for lack of evidence, then it’s not telling the story it should be telling.

Michael… what the heck did you just try to say?

That has GOT to be a fake mustache. It looks about as real as Kim Kardashian’s curves and Donald Trump’s presidency.