Browse: Home / 2018 / November / Recruit of the Week: Chuck the Technician 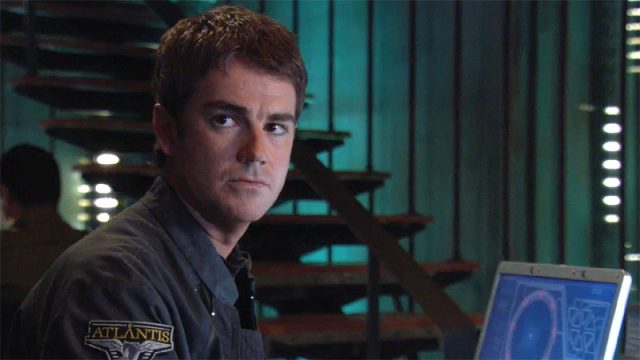 The lead Stargate operations technician inside the city of Atlantis is Chuck, one of the original members of the expedition from Earth to discover the lost city of the Ancients. Chuck (whose last name is unknown) is a pivotal member of Atlantis’s support personnel, with regular duty shifts inside the Stargate control room inside the central command tower.

Because of his duties Chuck quickly had to become well-versed in the city’s Ancient systems, with a focus on the Pegasus Galaxy Stargate and its dialing operations. He can quickly dial the city’s Stargate using the Ancients’ push-button interface, and is ready to respond quickly should the base commander order the energy shield raised over the Stargate — preventing unwanted visitors or alien attacks. Along with the rest of the control room staff he also monitors the city’s sensors, as well as incoming transmissions and other signals.

Chuck is always right in the heart of the action … but we actually know next to nothing about his personal life. He is a dedicated officer who hails from Canada. And we know that the city couldn’t function without him! 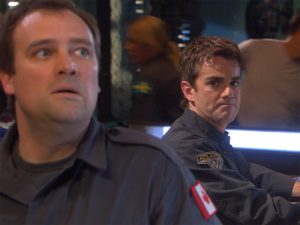 It took more than two years on screen for Atlantis’s gate technician to get an on-screen name … and it turned out to be his own! “Chuck” got his first on-screen reference in the third season finale, “First Strike.” (“I’m just glad it wasn’t Clarence,” Campbell told GateWorld.) Actress Torri Higginson addressed him by his real name on the set, and director Martin Wood allowed it to stand.

Chuck’s last name was never given on the show — but he did get a pretty amazing nickname. Fans came to call him the “Chucknician.”

Chuck also appeared in one episode of Stargate SG-1. That was in the Atlantis crossover “The Pegasus Project.”

What is your favorite Chucknician moment? Post it below!