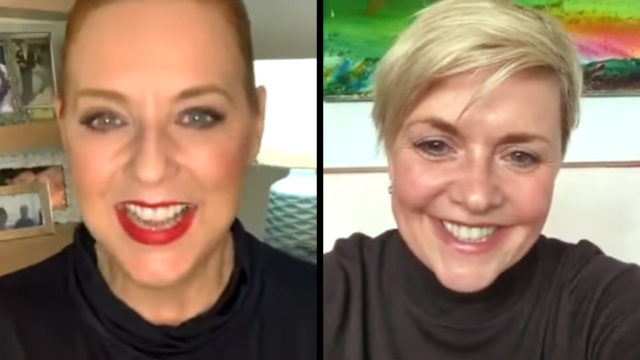 With many of us having to adjust to a new routine these past months, one woman has been making it her mission to provide a little normality for Stargate fans.

Since the start of April, the Hathor actor has been hosting a weekly “in conversation” series with a number of her fellow Stargate SG-1 actors (along with a few others from the Canadian film and television scene). And the video series has quickly proven to be a hit with fans. 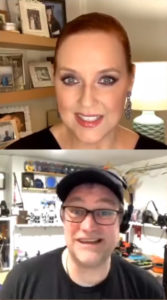 The series, called “Hathor Hosts,” takes place on Suanne’s Instagram account. (The project also now has a YouTube channel.) When she first announced the project, she described it as “a series of conversations with some extraordinary people. … Think The Graham Norton Show but without Graham and his famous red sofa.”

There may not be a red sofa, nor Graham Norton — but Suanne has shown that we don’t need either, with her own natural presenting skills and the ability to chat to her guests and engage with them in fun conversation.

So far 13 guests have appeared on “Hathor Hosts” — all available on the series’ YouTube channel. So, if you want to hear Cliff Simon describe his (Ba’al) time at the Moulin Rouge in Paris, Kate Hewlett (Atlantis’s Jeannie Miller) share about her latest work projects, Joseph Mallozzi talk about his expansive writing and producing career, or what the Grand Empress of Sci-Fi herself, Amanda Tapping (Samantha Carter), has been getting up to during lockdown, make sure to catch up with their interviews. 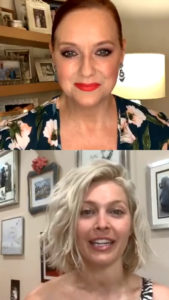 It’s immediately clear to fans tuning in that Suanne does her research every week. She knows her guests and wastes no time, right away asking interesting questions and the questions you don’t tend hear on the convention circuit. She is able to balance her hosting duties with giving her guests the time and space they need to talk, and creating a relaxed environment for everyone involved. It is a serious venture too, with guests also often discussing issues that are important to them.

And the final 15 minutes of every episode are set aside to give fans the opportunity to ask their own burning questions.

Be sure to visit Hathor Hosts on YouTube to find the entire series.

Nice! Glad you posted this, had no idea was this out there

OMG this is cool, thanks for making us aware of this.