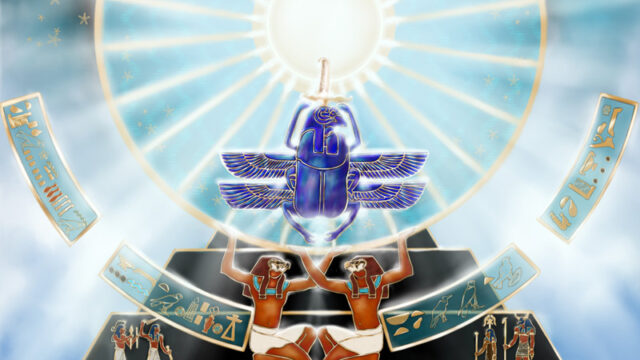 The world of Stargate is ripe for exploration, not only in the form of new storytelling on the small screen but also from fans who have been examining the shows, the characters, and the mythology now for more than 20 years. Now a new non-fiction work is on the way in the form of a collection of essays on Stargate.

Unauthorized Offworld Activation: Exploring the Stargate Franchise is now in the works from editors Rich Handley and Joseph Dilworth, Jr., along with a roster of more than a dozen contributing authors. The book takes a thoughtful and scholarly approach to themes explored in Stargate’s long history of storytelling, from the original feature film to Stargate SG-1, Atlantis, Universe, the 2018 Web series Stargate Origins … and, yes, even the 2002 animated series Stargate Infinity. The franchise’s licensed novels, comic books, and audio dramas are also ripe for exploration here.

The book will be published later this year by Sequart, in time to mark SG-1‘s 25th anniversary. (It’s “Unauthorized” in not being officially licensed by MGM.) 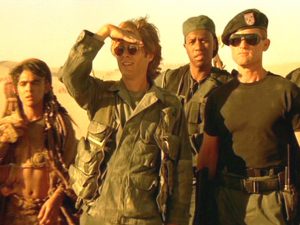 “Dean Devlin and Roland Emmerich established a unique foundation that was expanded and enriched by Brad Wright, Jonathan Glassner, Robert Cooper, and many other writers, directors and actors,” Dilworth told GateWorld. “We bring a scholarly analysis with new viewpoints that dig into the details and unearth insights not previously considered.”

“The essays will be insightful, analytical, and scholarly, yet will keep in mind that Stargate isn’t just about the military, malevolent gods, and ancient mythology —it’s also hilarious and fun,” Handley said of the project.

The topics to be covered in the book range from Stargate’s use of classic storytelling tropes to science, religion, mythology, publishing, the use of humor in the franchise, and more. Handley previewed some of the essay topics for us: 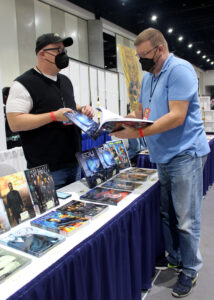 Among this list of novelists, editors, and nonfiction writers Stargate fans may recognize DeCandido’s name. The science fiction and fantasy novelist’s Stargate credits include the 2016 book Stargate SG-1: Kali’s Wrath. He has also written dozens of novels, novellas, and comics for Star Trek, Farscape, Marvel, Buffy the Vampire Slayer, Supernatural, and other franchises.

“Having been captivated by this universe and characters since the film’s release I wanted to find a way to celebrate the 25th anniversary of the series in an expansive way without just restating what has been said before,” Dilworth said. “Having been a contributor to Sequart books in the past, and having been impressed with all of their scholarly tomes for many other franchises, it was obvious that they would provide the perfect venue for what I had in mind.

“Of course, Rich Handley was the natural choice to produce this book with. No one has a keener eye to analysis of fictional universes than Rich and he immediately had a list of ideas on how to elevate this into something special. The pitches from our writers only solidified that and I truly believe Stargate fans are in for a treat.” 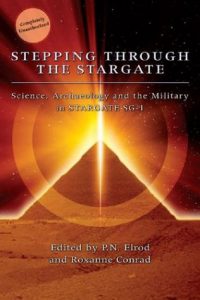 Stepping Through the Stargate is the franchise’s only other anthology essay collection, published in 2004.

“Joe and I are long-time fans, so this project is (clichéd though it may sound) a genuine labor of love,” Handley added. “Stargate is part of what I like to call ‘the four stars of science fiction’ (Star Trek, Star Wars, Stargate, and Battlestar Galactica), and I’m thrilled to have now worked on projects related to all of them. We’re so excited for fans to see what we’re doing, because we are, first and foremost, fans ourselves.”

Aside from the officially licensed “Official Companion” series, Stargate has seen only a handful of non-fiction publications over the years. Stepping Through the Stargate was published by BenBella Books in 2004, and Jo Storm’s Approaching the Possible: The World of Stargate SG-1 by ECW Press in 2005 — just one year after Stargate Atlantis premiered. 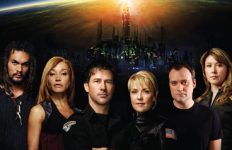 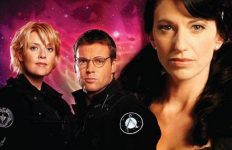 This sounds awesome! I know Handly’s other books and have a bunch of them on my shelves. And I loved Mary Jo Duffy’s comics work back in the day. I cant wait to get a copy.

Does anyone know if this is the same as the Stargate SG-1: In Their Own Words Volume 1: Inside the Story of Stargate SG-1?

I already have a preorder on Amazon for this and just wondering if its something different or it has just been renamed. Here is a link to the GW article that refers to the book above. Thanks!

This is a completely different book. I think “In Their Own Words” is currently with MGM for licensor approval, so we don’t have a firm publication date just yet.

Excellent News! Thanks Darren. I look forward to buying all of these.

Clearly it’s not the sane, since it has a different title, a different cover, different authors, and a different publisher. Why would you have thought it was the same? I think it should have been obvious that wasn’t the case. Heck, it’s not even the same KIND of book. Gross’s book is an oral history compiled by one guy. This, as stated above, is an essay anthology from a dozen or so different writers. Your question has me at a loss.