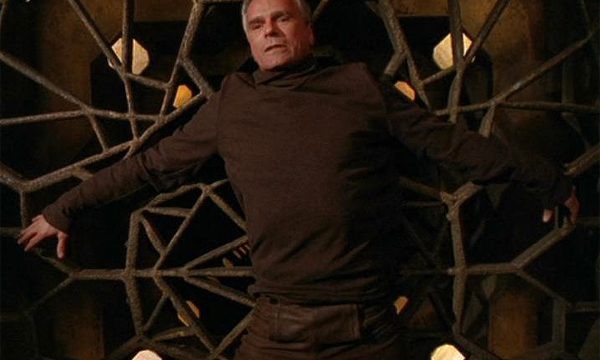 Ready to crown another fan-favorite episode of Stargate SG-1? The polls are open now for the Season Six Awards!

January is Season Six month for the Stargate Rewatch, a worldwide community event where fans are rewatching the entire Stargate saga over 17 months. Earlier this month fans nominated their favorite episodes, character moments, and more from SG-1‘s sixth season. The top nominees are on the ballot below.

Before you cast your ballot, take a peek at the winners from previous seasons: Season One, Season Two, and Season Three, Season Four, and Season Five!

You don’t have to be a Rewatch participant to vote, but please vote only once! Voting will close on January 31, and we’ll announce the winners for the month before heading into Season Seven. Be sure to come back next week to nominate your favorites from that season of the show!

The Polls Are Now Closed. Thanks for voting!

I picked Abyss wherever I could. I count that among the best Stargate episodes ever. O’Neill for most of the series has been the tough leader who could make light of any situation (with only a few exceptions) and the first part of the episode made it look like he would continue like that again, but then you got to see him break, and he broke hard. He even got to the point where he begged Daniel to end his life permanently, and Daniel wouldn’t see his friend dead, offering to ascend him until the point that SG-1 could mount… Read more »

So hard to choose between abyss and paradise lost for best episode. Also had to pick David Hewlett!!

Abyss and Unnatural Selection for me. Unnatural Selection was a total “game changer” episode, but Daniel’s appearance in Abyss is almost unparalleled in Stargate lore. Teal’c at his wife’s funeral in Redemption with the music also is one of the great moments of the entire series. Season Six is where it really takes off for me. LOVE IT!

Abyss is also the best episode in SG-1 for me. I regard Season 6 to be the best season all round. Great work with the rewatch as i get the chance to cycle through my DVDs once again. Thanks guys.

While I agree that “Abyss” was one of the best episodes of the entire series, I still rank “Allegiance” a tad bit higher on that scale. I am surprised that “Allegiance” only managed to place ‘Best Alien’ and ‘Best Guest Star’ nods with our pollsters…

Oh yeah, Abyss is a personal favorite for me. I literally jumped out of my chair when Jack turned around in his cell and Daniel was sitting there. After Daniel’s emotional farewell, it felt like finding a long lost friend again!

I love all the Mayborne episodes. Just love that character. After watching this replay from season 1-6 so far, I have to say, they intended Jack to be the comedy relief, but Tealc steals most the laughs. The writers behind the big guy are smart and memorable.

Ah Season 6, that’s really when I start to watch SG-1 religiously. I have caught episodes here and there before in syndication (being a RDA fan), but really started to watch SG-1 (and most importantly, watch the first 5 seasons in order) once SciFi picked it up.