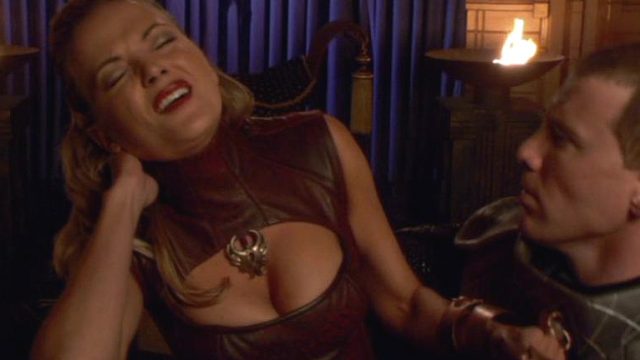 The Stargate is stolen, leading SG-1 to discover that the Trust has taken control of an advanced ship in orbit. Teal’c investigates a series of wide-spread Jaffa deaths.

Rewatch “Endgame” this week! Then post your comments below, or head over to the “Endgame” discussion thread and see what people were saying back in the day. What are your favorite moments?

what the heck is up with the pic you’ve used? i don’t get it. :p

It’s obvious majorsal, she has a crick in her neck. Absolute hell sometimes

This was one of the more fun/action-centric episodes that I liked. The Tok’ra woman didn’t play a Goa’uld very well. I’m surprised the Jaffa didn’t catch it. Also, it seems the Trust storyline seemed to be a filler one. It keeps popping up seemingly randomly. Lol