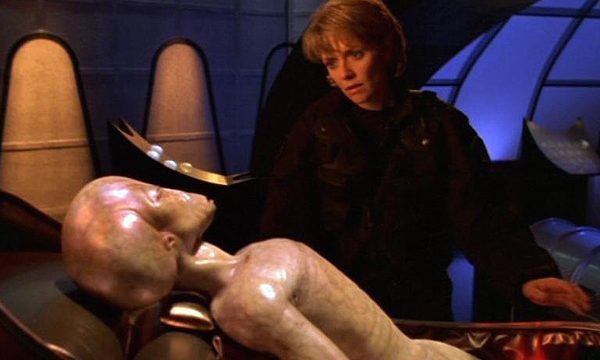 SG-1 faces creatures of mass destruction that even the Asgard can’t control, and must destroy Thor’s infested vessel before the Replicator bugs reach Earth.

Rewatch “Nemesis” this week! Then post your comments below, or head over to the “Nemesis” discussion thread and see what people were saying back in the day. What are your favorite moments?

Any episode with Asgard was a favorite of mine. One thing that stood out after watching this episode again was how the bugs reconstituted themselves at first but never again after being shot with bullets.

@steve, I think that is why SG-1 had so much success. The replicators evolved to defend against Asgard tech, not more primitive tech.