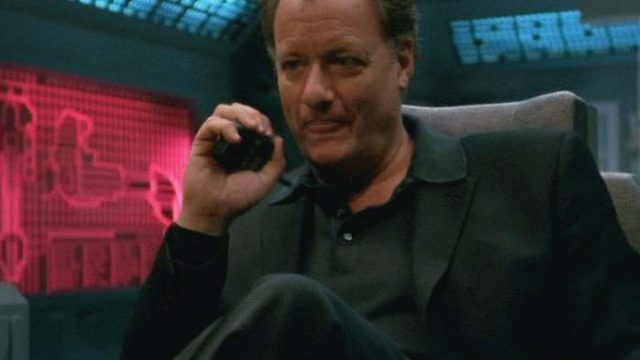 A news reporter threatens to expose a top-secret military project, but when Carter and Jonas give her a tour of the X-303, they discover that she is a pawn in a much larger plot.

Rewatch “Prometheus” this week! Then post your comments below, or head over to the “Prometheus” discussion thread and see what people were saying back in the day. What are your favorite moments?